Best seed bank for feminized seeds depends on which genetics you’re after. Cannabis strains can’t all be feminised properly. They can be prone to hermaphrodites. No one wants any hermaphrodites to ruin thier sensimilla grow. sensimilla is Spanish for Marijuana without seeds. So all the energy goes into growing THC and CBD instead of producing seed. This degrades the THC in your buds. Production of seed instead of bud takes longer. Seed production uses more energy. Your harvest won’t be as potent in THC and CBD. That’s why so many people choose to grow using feminized seeds instead. No more males pollinating your important grow. 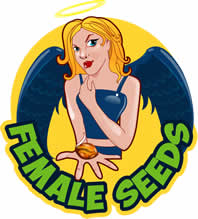 Luck as it that you’re currently visiting the best seed bank for femiinised seeds. We have the best genome biologists that work so hard hence they breed hermaphrodite-free cannabis seeds. You can alway have a successful pollen-free grow each and everytime. Our most popular feminised strain is White Widow Extreme. The crystal production and quality of your high is vastly improved. We had to name her the Extreme version of the world’s most famous cannabis strain. You won’t find better feminised White Widow seeds anywhere else.

Canada Has The Best Seed Bank for Feminized Seeds

Canada has the best seed bank for feminized seeds. British Columbia has the best climate in the entire world for breeding seeds. You’ll get the best acclimated feminized seeds to grow in your part of the world. If you were to buy seeds say from Thailand or Africa and tried to grow them outdoors in Michigan, they would not live.

That’s because your climate is not tropical like where the seeds originated from. Give these exotic seeds to the master breeders at BC Seeds. Now you have feminized seeds acclimatized to grow outdoors anywhere in the world. You can grow them in cold places like Alaska, warm places like Calirfornia and even the hot desert climates of Africa. British Columbia makes the best feminized seeds in the world.

Mr. BC Seeds
Mr. BC Seeds is an over educated old school hippy who has been involved in the cannabis industry since the 1970's. He is one of the most experienced marijuana breeders in Canada if not the entire world. He was the first to use the most advanced breeding techniques in 2008 to create 42 of the world's strongest cannabis strains. He has been writing in-depth articles about cannabis in Canada for decades and looks forward to continue bringing you cutting edge cannabis strains for the decades to come. Mr. BC Seeds uses a "pen name" because he still travels the world collecting cannabis strains and continues researching cannabis in laboratories of non-legalized countries.
Posted in General and tagged Best Seed Bank For Feminized Seeds
Best Marijuana Strains of All Time
Gator Raid Dispensaries Busts Arrested Marc and Jodie Emery