Chem Dog is almost the strongest strain on earth as far as THC levels go. Chem Dog has a very interesting history that starts in 1986 when Mr. BC Seeds went to a Grateful Dead concert. There he first purchased a gram of unnamed of bud from an African American guy dealing at the concert with the nickname Chem Dawg. He was also a habitual user of chemical drugs, hence his nickname. He only purchased a gram because Chem Dawg wanted $500 per ounce saying that is was the highest grade weed on the planet. Mr. BC was a bit skeptical, but that all changed after consuming some of this fine herb. It was powerful, unlike anything he ever tried before. The quality of the bud and the aroma’s, the deep pungent Skunk smell with kerosene was never found back in 1986. Most of the weed being brought into the USA and Canada was Sativa ditch weed from Mexico, Columbia and Jamaica. But this was a Special Indica, something new and lovely. In this first joint rolled, there were a couple seeds that got rolled up and burned with a loud pop during their death. After Mr. BC discovered the outstanding quality of this unique strain, he quickly found 3 more seeds, one was white and immature, another half green and half brown, and the last a deep brown, fully ripened.

Categories: BC Seeds, Cannabis Seeds, World's Strongest. Tags: Chem Dog, strong strain on earth Chem Dog, World's Strongest Strain.
After what seemed to be a lifetime of trying to find Chem Dog, he was found. Next he was quickly given all Mr. BC had with him at the time. Only $50 and he promised the remaining $450 for an Ounce the next day. They exchanged hotel information and met up the following afternoon. 18 more seeds were found in the new Ounce of pungent buds. Later it was found that 13 of them were ripe enough to germinate and the other 5 were duds. Not too many pheno-types were produced from the offspring because of the quality job Chem Dawg’s friends father did stabilizing the strain for 13 years.

Chem Dawg explained that he was a student on the East Coast and he ran into these rich kids trying to score some Meth from him to help them cram for exams. They became repeat customers and he later learned that their father was a some big plant biologist with all the latest high tech hydroponic equipment he brought home for growing tomatoes in his green houses. Their father was also a Hippy who spent his College years in the West Coast who then later traveled through the Middle East after graduation.

That’s where he acquired this Indica strain, at the base of the Mountains of Himachal in the western Himalayas. Their Summer is from mid-April until June and this Indica strain is rugged for the varying temperatures of this region. In summer its about 32 Celcius and has a sub-humid tropical climate for the most part, but has strange cool nights. He believed it was this extreme range in temperatures that afforded this cannabis such a rich and pungent aroma, not found in the Sativa’s of Central and South America.

Anyways, by the time his son found his plants, it was already a master piece, he had already been breeding it for 13 years, breeding the best traits for aroma and THC crystal production. It was the best strain on the planet in 1986, no doubt. And now she’s back again in another better form, decades later, taking back her throne again as the best weed on Earth. Here’s how she came about since 1986; After Mr. BC took her back to Vancouver Island, he bred her and never released her to the public. One of his relatives took some of his seeds to New York in the late 1990’s, and bred the Original New York Sour Diesel. A large quantity of Sour Diesel seeds were “special” ordered from a dispensary in Colorado in 2010. He employed some talented breeders who crossed this strain with OG Kush.

They used millions of dollars of the latest Hydroponics and computers in wharehouses for breeding. They discovered a new pheno-type that tasted best when grown using hydroponics. This is where the strain got all it’s good taste, but only when grown chemically. The Dispensary told us that he bred out this strain and if he grew it organically in soil, it lost its flavors and aroma’s. They swore it actually tasted better grown using chemical fertilizers than in organic soil. Then he just improved this new strain as much as he could and stabilized this new pheno-type.

Mr. BC Seeds was curious to try for himself. Being skeptical, a few hundred of these seeds were sent from Colorado to Vancouver Island in November 2010. MR. BC thought there was no way any hydro grown weed could taste better than 100% organically grown weed.

He worked on Chem Dog, crossing it back with the Original strain from Chem Dawg back in 1986. Then he kept the hydroponic traits but tripled her THC levels. He also changed the name to just Chem Dog, spelled as two separate words, not Chemdog. Now she’s the world’s most wanted strain.

6 Reviews for for Chem Dog 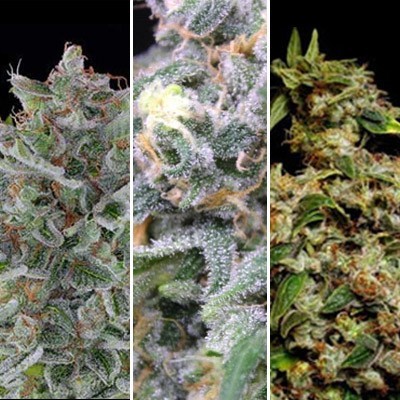