Types Of Magic Mushrooms And Their Potency 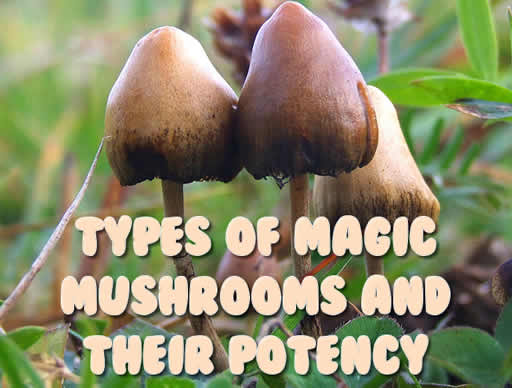 The many types of magic mushrooms and their potency levels. With the different types of shrooms available it is obvious that the variety and how much you take influences how long you stay high. So, again, there is no simple answer. There are more than 180 magic mushie varieties. Here are 12 of the strongest types along with their psilocybin content: 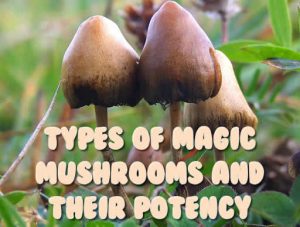 Types Of Magic Mushrooms And Their Potency

As you can see above, the types of magic mushrooms and their potency varies greatly from country to country. Psilocybe cyanescens is the most potent and most popular in North America, Canada and Australia. Nothing wrong with mostly finding strong shrooms as they’re the most common to be found as luck will have it!

Because it’s hard to tell the difference from the types of magic mushrooms and their potency, more people prefer cannabis than taking magic mushrooms. Cannabis is the preferred drug of choice in Western cultures. Asian cultures prefer drugs that speed them up keeping them highly functional.

Mr. BC Seeds
Mr. BC Seeds is an over educated old school hippy who has been involved in the cannabis industry since the 1970's. He is one of the most experienced marijuana breeders in Canada if not the entire world. He was the first to use the most advanced breeding techniques in 2008 to create 42 of the world's strongest cannabis strains. He has been writing in-depth articles about cannabis in Canada for decades and looks forward to continue bringing you cutting edge cannabis strains for the decades to come. Mr. BC Seeds uses a "pen name" because he still travels the world collecting cannabis strains and continues researching cannabis in laboratories of non-legalized countries.
Posted in General and tagged Types Of Magic Mushrooms And Their Potency
How to Pass a Drug Test in 24 Hours
Drug Testing For Magic Mushrooms