Handbook on how to clone mushrooms
Buy black Indica if you crave for pure Indica cannabis strain.

What are people missing while eating shrooms?

Shrooms or magic mushrooms have a chemical called psilocybin. This chemical is psychotropic and induces hallucination among users. The consumers using this plant reportedly show a decline in their sense of time and space. So, the very first thing that people can miss while eating shrooms is their mental stability. They can feel weird and show signs of confusion in their behavior once the shrooms’ chemicals start kicking in.

HPPD stands for hallucinogen-induced persisting perception disorder. Due to this disorder, the user is not able to keep time. They may tend to keep on sleeping continuously or babbling the same thing repeatedly. Further, they may show confusion about the height and distance and sometimes behave as if trapped in a confined space. The faulty perception can lead them to suffer from trips and falls more than often. Thus, the user should never think of driving or going on a road after eating magic shrooms.

Conclusively, a proper behavioral sense and assessment ability are what people miss while eating shrooms. 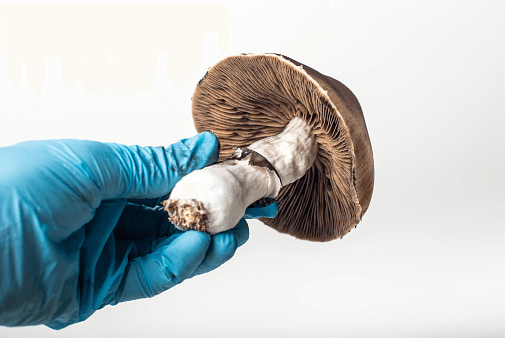 People miss the other most essential thing while eating shrooms or magic shrooms is the health guaranteed by edible mushrooms. Mushrooms, used in food, are moderately fiber-rich. They also have appreciable amounts of essential vitamins and minerals like zinc, potassium, magnesium, and Vitamin B. On the other hand, the shrooms or magic mushrooms have chemical psilocybin, which of low to nil nutritional value. At worse, it interferes with the sound mental activity of a person too.

Mostly, the shrooms are grown in controlled and secret places, and its cultivation is deemed illegal in various parts of the world. So, eating shrooms, accidentally or purposely, takes away the benefits of eating mushrooms. They may miss the nutritional benefits they could have by selecting the safe and legally accepted edible mushrooms when they choose to eat shrooms or magical mushrooms.

Makes it difficult to come out of mental agony

Psilocybin of the shrooms can aggravate feelings like loneliness, depression, sadness, etc. in a person. So, if you are already feeling emotionally vulnerable, you can become a complete wreck on consuming shrooms. Thus, by eating shrooms, consumers lose their ability to overcome feelings of setbacks. They may be sucked more deeply into the vortex of sad emotions, which can further become self-destructive in the want of proper counseling.

The chemical found in shrooms does not wear away so quickly. The consumer of shrooms may continue to feel on a bad trip or emotional turmoil for days altogether. Since there is a considerable impact on the sense of time and space, the users might not even know how long they have been feeling low or helpless. Therefore, eating mushrooms rob the people of their emotional intelligence and resilience.

Eating shrooms can be the wrong choice. In some cases, people are fed with magic shrooms with malicious intentions. By showing them as hallucinated or confused most of the time, people with ill intentions can harm their targets in multiple ways. They may use shrooms to make their target mentally weak or disturbed. So, missing on mental health and self-control is the biggest adversary that happens to a consumer of shrooms.

Fake magic mushrooms – a blow to pocket as well

A consumer of shrooms need not necessarily have the ability to tell a fake product from the real one. In Japan, where the magic mushrooms are used as anxiety-killers by the young population, some miscreants rob people of money by selling fake items. They lace the store-bought mushrooms with sedatives or LSD or similar hallucination-causing chemicals and sell them at exorbitant rates as shrooms or magic mushrooms. Therefore, the lack of knowledge and experience can get gullible people duped by the imposter sellers of fake magic mushrooms.

The loss of health and money, societal status, and getting trapped by emotional and mental turmoil are some of the disadvantages that people suffer from while consuming shrooms. The key to getting the excellent feeling of eating shrooms is to do under expert supervision and in the company of trustworthy people, and most importantly, in controlled amounts.

Mr. BC Seeds
Mr. BC Seeds is an over educated old school hippy who has been involved in the cannabis industry since the 1970's. He is one of the most experienced marijuana breeders in Canada if not the entire world. He was the first to use the most advanced breeding techniques in 2008 to create 42 of the world's strongest cannabis strains. He has been writing in-depth articles about cannabis in Canada for decades and looks forward to continue bringing you cutting edge cannabis strains for the decades to come. Mr. BC Seeds uses a "pen name" because he still travels the world collecting cannabis strains and continues researching cannabis in laboratories of non-legalized countries.
Posted in General
Handbook on how to clone mushrooms
Buy black Indica if you crave for pure Indica cannabis strain.