How to Beat Drug Driver Tests in Australia

How to Beat Drug Driver Tests in Australia

Beat drug driver tests in Australia may not be legal be if you get caught. But these new drug driving tests could have motorists fooling themselves. Motorists bragging they can fool police roadside drug tests, may find themselves playing Russian roulette with the law. There is much talk about how to cheat these tests. First you must try to understand how long the drug stays in the system. Other ways can be to swallow up1/2 a cup of balsamic vinegar while eating no less than three processed cheese slices. Some swear by using balsamic vinegar as a mouthwash to mask a swab or urine reading. What motorists do not understand is that roadside drug testing is not particularly accurate. Police are only looking for a sign of drugs if they suspect you are under the influence. If they get that sign, you’re in trouble. They place you under arrest and take you back to the station for more in depth testing. Even if you pass a roadside swab, police can order further investigation if they have good reason. 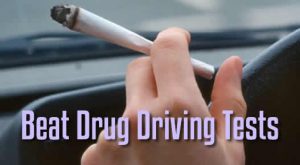 The safest way to avoid random drug testing is to either not take drugs at all. Better yet, don’t drive a motor vehicle when you are high. We do not recommend you drive under the influence of anything. Sharing research about how to beat drug driver tests in Australia is strictly for entertainment purposes only. We do not want anyone to act in conflict with their local  Aussie laws.

Cannabis is the most popular illicit drug in Australia. Police are rolling out roadside random drug testing across the country. Weed smoking motorists are scrambling to find out how long THC stays in their system. They need to know before State government drug testing devices can detect them. State governments offer different information. It seems that while police use devices that can identify many drug types in a roadside drug test. Mostly they are looking for the psychoactive chemicals found in methamphetamine, cannabis and ecstasy. It is possible to detect Crystal meth and MDMA in the first 24 hours after use, but it seems everyone has a different opinion about how long it takes THC to leave your system. Roadside drug testing is becoming a contentious issue for motorists.

West Australia says THC is detectable for up to 4 hours after use. Queensland has a zero tolerance of drug drivers and offers no advice about its testing devices. And, Tasmania warns motorists it is illegal to drive while under the influence of drugs. What information is correct? All states add a caveat that the detectable times depend on the strength and amount of the drug you have taken and your metabolism. So if you’re a couch potatoe, it will most likely stay in your system longer than say someone getting high and playing basketball.

Rumour has it that a balsamic vinegar mouthwash can fool roadside drug testing devices. So, can vinegar mask THC and other drugs in your system. Using vinegar has long been popular as a way to mask urine, hair and saliva tests particularly for cannabis. The logic is that the acid in vinegar speeds up your metabolic rate to flush traces of drugs from your system faster.

Relying on anecdotal stories of drivers from online forums is not likely to help you if you get caught drug driving. It does not matter what state you are in, it is illegal. Whether masking agent work or not, is probably a lot up to luck. People who claim they can beat roadside drug tests may have done so through sheer luck. There is no evidence that gargling with vinegar or mouthwash is going to help you at all when you get caught. What it comes down to is not driving while under the influence of drugs if you want to beat the drug driver tests in Australia.

While BC Seeds is famous for stealth shipping to countries like Australia it’s nice to know Australia has had a great seed bank for almost 20 years. The Australian Seed Bank is Australia’s only legit seed bank. If you’re shopping from Australia, stop by and check them out. They also have an article about how to beat drug driver tests and more insider information on the topic.

Mr. BC Seeds
Mr. BC Seeds is an over educated old school hippy who has been involved in the cannabis industry since the 1970's. He is one of the most experienced marijuana breeders in Canada if not the entire world. He was the first to use the most advanced breeding techniques in 2008 to create 42 of the world's strongest cannabis strains. He has been writing in-depth articles about cannabis in Canada for decades and looks forward to continue bringing you cutting edge cannabis strains for the decades to come. Mr. BC Seeds uses a "pen name" because he still travels the world collecting cannabis strains and continues researching cannabis in laboratories of non-legalized countries.
Posted in General and tagged Drug Driver Testing
Cannabis safer than alcohol – Why alcohol destroy lives and cannabis is a safe alternative
Krokodil Zombie Drug