When you have asthma, you are painfully familiar with the feeling of being trapped in the prison of narrowed lungs, shortness of breath, wheezing, coughing and dizziness are symptoms you experience on a daily or weekly basis.

Worse still is the feeling of panic when you cannot breathe deeply and freely. Your inhaler will give you minimal and temporary relief and all you have to do is reduce your activities to deal with your asthma. You may be ready to take a new approach to dealing with your condition. Medical cannabis may be able to provide the relief you are looking for. The idea of smoking might make you feel short of breath for a short time, but studies have shown that either smoking or shaping medical cannabis can actually relieve the unbearable symptoms of people suffering from asthma and can even bring much-needed relief at the onset of asthma attacks.

THE HISTORY OF MEDICAL CANNABIS FOR THE RELIEF OF ASTHMA 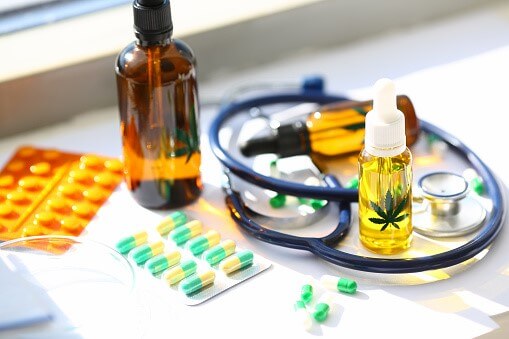 Although it may seem like a fairly new concept, people have actually used medical marijuana as a treatment for asthma for hundreds of years. It is believed that the Chinese emperor Shen Nung discovered the medicinal properties of cannabis as early as 2700 BC. And historians have acknowledged that the Egyptians used marijuana for conditions such as asthma and glaucoma in 1213 BC. It was used. Letters from the acclaimed author Marcel Proust to his mother reveal that, as a lifelong asthmatic, he relied heavily on the use of cannabis to suppress the symptoms of his frequent asthma attacks. He even called the joints “anti-asthmatic cigarettes”.

When you have an asthma attack, the small airways in your lungs narrow, causing shortness of breath and painful chest tightness. The THC in medical marijuana has been shown to be an effective bronchospasmolytic, meaning that it relaxes and widens those airways so more oxygen can flow freely through them. The reason for this is not fully understood, but it is believed that the airways in the lungs contain cannabinoid receptors that are strong and positive for THC.

In addition to acting as a bronchospasmolytic agent, the best strains of medical marijuana can help relieve the panic and anxiety associated with asthma symptoms by relaxing and calming you down. Indica-dominant strains, in particular, are a powerful sedative when anxiety about asthma symptoms sets in. In short, medical marijuana can be a life-changing remedy for asthmatics.

While there have been several important studies on the medical benefits of cannabis, a landmark study by Dr. Donald Tashkin, first published in 1975, relied heavily on solid medical evidence supporting the use of medical marijuana for asthmatics. Dr. Tashkin is a respected pulmonologist who has spent much of his career researching the effects of cannabis on various physical ailments and conditions.

The subjects of this particular study were 10 men and women with typical symptoms of asthma. The asthma attacks were induced in the patients in a controlled way, sometimes through exercise and sometimes through psychological suggestion. Some control group members were given medical marijuana in the form of a joint, pill or vapour, while others were given a marijuana placebo.

In short, the results of the study show that members of the group given medical cannabis experienced almost instantaneous relief from narrowing of the airways and ultimately relaxed and calmed down. Not only did they experience great relief from their symptoms, but the medicinal effects of cannabis lasted much longer than those of a typical asthma inhaler. Members of the control group who received the placebo did not experience such relief.

Mr. BC Seeds
Mr. BC Seeds is an over educated old school hippy who has been involved in the cannabis industry since the 1970's. He is one of the most experienced marijuana breeders in Canada if not the entire world. He was the first to use the most advanced breeding techniques in 2008 to create 42 of the world's strongest cannabis strains. He has been writing in-depth articles about cannabis in Canada for decades and looks forward to continue bringing you cutting edge cannabis strains for the decades to come. Mr. BC Seeds uses a "pen name" because he still travels the world collecting cannabis strains and continues researching cannabis in laboratories of non-legalized countries.
Posted in General
DIFFERENCE BETWEEN REGULAR AND FEMINIZED SEEDS
Afghаn Kuѕh Strаіn