DIFFERENCE BETWEEN REGULAR AND FEMINIZED SEEDS

Taking a look at the differences between regular and feminized seeds. If you are planning to grow the hottest of the hottest, then this knowledge is essential. We take a close look at each type of seed and their differences. We’re here to clear up any misconceptions about the differences between regular and feminized seeds. Growers typically prefer one variety over the other due to its growing characteristics.

Before we dive into the differences between regular and feminized seeds, we should understand the significant differences between the sexes. Cannabis plants can be either male, female, or bisexual. Male plants develop oval-shaped pollen sacs during the flowering phase. Female plants develop calyxes and pistils to catch the pollen and develop seeds. It’s relatively easy. The male pollen pollinate the female flower, which then produces the seeds. Bisexual plants develop pollen sacs and flowers. When a cannabis plant is exposed to stressful conditions, its natural instinct for survival kicks in. Under such conditions, the plant sees practically no possibility of being pollinated in a timely manner. Hence, the plant begins to reproduce with itself. The female plant begins producing pollen sacs for self-pollination in order to pass on her ganja genes. The male plants can also develop calyxes, although this is very rare.

WHAT IS THE DIFFERENCE BETWEEN REGULAR AND FEMINIZED SEEDS? 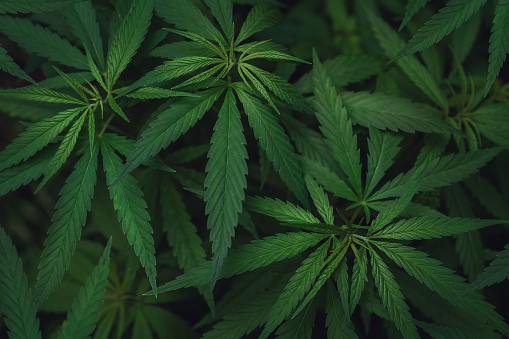 It is the flowers of the cannabis plant that are responsible for the cannabinoid content. This makes the female plant popular with many growers – so many choose feminized cannabis seeds to minimize the risk of a male plant. However, regular seeds are also used, as we will see later in the article.

WHAT ARE FEMINIZED SEEDS?

WHAT ARE REGULAR SEEDS?

When a male cannabis plant pollinates a female, the calyxes of the female plant produce regular seeds. Whenever a regular seed is planted, there is a fifty percent chance that it will become male or female.

WHAT ARE REGULAR AUTOFLOWERING SEEDS?

Regular autoflowering seeds are derived from a male and female cannabis plant, at least one of which carries autoflowering genes. BCSEEDS is a seed bank that specializes in regular seeds. They produced some awesome autoflowering species.

WHY SHOULD I CHOOSE FEMINIZED SEMEN?

Most growers prefer feminized seeds as they are 100% feminine. Most enthusiasts prefer cannabis for its crystal-covered flowers. The main concern of growers is the pollen, which can formally kill the flowers. With feminized seeds, you don’t have to worry about male pollination.

In addition, there is no hassle about meticulously checking the sex of the plant during flowering. You plant the seeds, care for the plant and get great flowers. As simple as that!

WHY SHOULD I CHOOSE REGULAR SEEDS?

Second, if breeders want to create strong crosses or special hybrids, then they can use a male plant for pollination rather than the “feminized” pollen from seed production.

Mr. BC Seeds
Mr. BC Seeds is an over educated old school hippy who has been involved in the cannabis industry since the 1970's. He is one of the most experienced marijuana breeders in Canada if not the entire world. He was the first to use the most advanced breeding techniques in 2008 to create 42 of the world's strongest cannabis strains. He has been writing in-depth articles about cannabis in Canada for decades and looks forward to continue bringing you cutting edge cannabis strains for the decades to come. Mr. BC Seeds uses a "pen name" because he still travels the world collecting cannabis strains and continues researching cannabis in laboratories of non-legalized countries.
Posted in General
TREATING MULTIPLE SCLEROSIS WITH MEDICAL CANNABIS
CAN ASTHMATICS PATIENT BENEFIT FROM MEDICAL CANNABIS?