Cannabis terpenes: everything you need to know
7 tips if you get too high/stoned 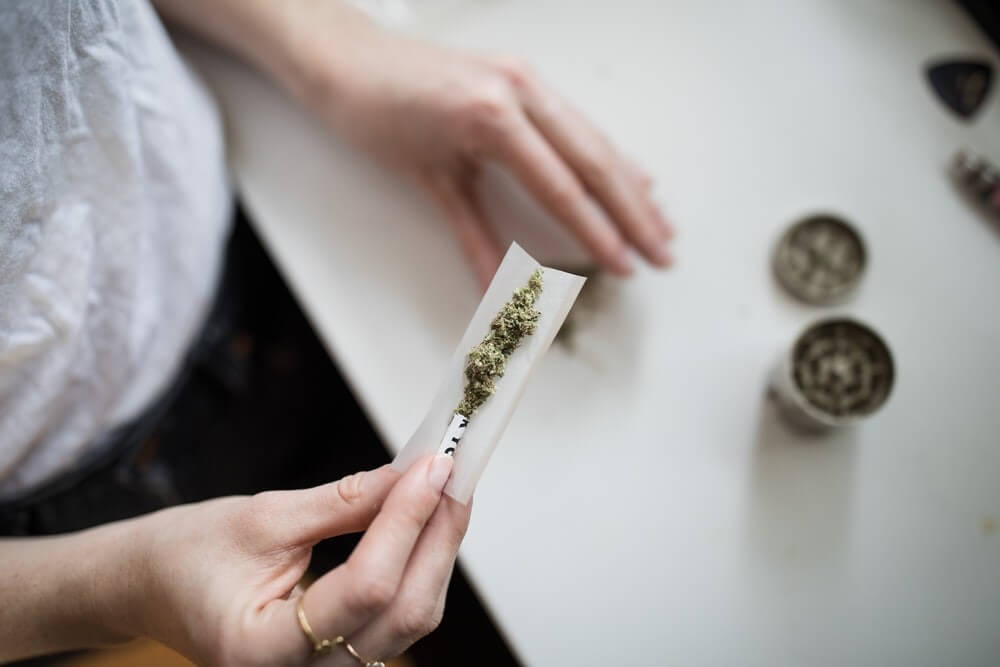 We are just entering the golden age of cannabis research. Here is one of the latest discoveries that’s making headlines at the moment: Cannabis can cure hiccups. But unlike most of the cannabis research in the news today, the science behind this discovery dates back to the 1990s, when a patient suffering from chronic hiccups could only be cured with herbs.

WHAT ARE CHRONIC HICCUPS?

Let’s be honest, we all get hiccups sometimes. A normal case of hiccups usually lasts a few minutes. However, some people suffer from severe and prolonged cases of hiccups that can eventually disrupt their daily life, eating and sleeping habits, and much more.

Chronic hiccups is a legitimate condition and, strange as it may seem, it should be taken very seriously. Patients who suffer from chronic hiccups may not be able to get rid of them for days. Chronic hiccups are usually a symptom that one or more underlying causes can trigger. It can be an injury, meningitis, encephalitis or even a stroke. Once the underlying cause is treated, the hiccups usually resolve on their own.

Chronic hiccups can have a devastating impact on a patient, significantly affecting their life and daily routine. It usually affects the patient’s eating and sleeping habits, which can eventually lead to more serious problems such as extreme weight loss, dehydration and exhaustion.

In addition, chronic hiccups can have a very strong effect on a patient’s mood. Most people know that hiccups are uncomfortable, even if they only last a few minutes. However, when it lasts a long time, it becomes particularly difficult to manage.

According to a study published in The Lancet Medical Journal, cannabis can actually cure chronic hiccups.

The study was published in 1998 and involved an AIDS patient with a history of esophageal candidiasis, an esophagus infection that connects the throat to the stomach. After minor surgery, the patient developed chronic hiccups.

Doctors first prescribed chlorpromazine (better known as Thorazine), an antipsychotic often used to treat psychotic disorders such as schizophrenia and regularly prescribed as hiccup medication. In this particular patient, it only helped control the hiccups during sleep.

The patient was then prescribed nifedipine, valproate, lansoprazole and lidocaine intravenously, which did not help. On the 6th day after the hiccups appeared, the treating doctors tried acupuncture, which controlled the symptoms for about 1 hour.

The doctors also tried other alternatives, such as removing hair from the patient’s ear canal before anesthetizing it with bupivacaine. Unfortunately, none of these attempts brought the patient the desired relief.

On day 8, the doctors prescribed medical marijuana and it worked: the hiccups subsided. The next day the hiccups returned, but the patient managed to get rid of them with another dose of cannabis.

SO IS IT NECESSARY TO USE CANNABIS IF YOU WANT TO GET RID OF HICCUPS?

The study, published in The Lancet, was the first and last of its kind. It’s also important to know that the study was conducted in 1998, which is the Stone Age of cannabis research.

The authors of the study themselves acknowledged that despite this discovery, it was unlikely that other studies would examine the possibility of using cannabis to treat chronic hiccups. Until now, they had to prove that they were right. In the absence of further research on the subject, it is virtually impossible to draw any firm conclusions or hypotheses about how cannabis might work in the fight against hiccups.

There are likely to be people who will take the information from this study and argue that cannabis is a new miracle cure for hiccups. Who knows, they may be right. So if you feel the need to light one to combat a particularly severe case of hiccups, don’t hesitate to try it. But let’s face it, your hiccups will probably be gone by the time you roll your joint or fill your bong.

Mr. BC Seeds
Mr. BC Seeds is an over educated old school hippy who has been involved in the cannabis industry since the 1970's. He is one of the most experienced marijuana breeders in Canada if not the entire world. He was the first to use the most advanced breeding techniques in 2008 to create 42 of the world's strongest cannabis strains. He has been writing in-depth articles about cannabis in Canada for decades and looks forward to continue bringing you cutting edge cannabis strains for the decades to come. Mr. BC Seeds uses a "pen name" because he still travels the world collecting cannabis strains and continues researching cannabis in laboratories of non-legalized countries.
Posted in General
Cannabis terpenes: everything you need to know
7 tips if you get too high/stoned