Tip OF ADVICE for new cannabis users
What are flavonoids and are they good for you?

Can CBD oil be addictive? 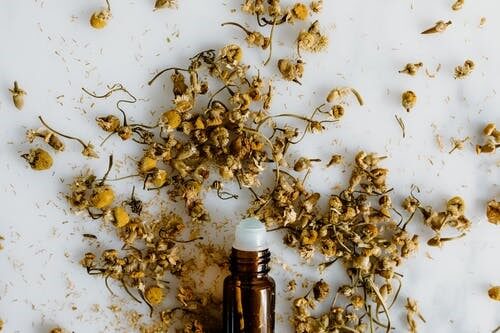 As the CBD becomes more and more popular, a question burns in many people’s minds: Is the CBD addictive? Even after all these years, questions about the possible “addictive” potential of cannabis products have not disappeared. In fact, we know that heavy use of THC, for example, can lead to psychological dependence. In this context, we speak of cannabis dependence disorder, but there’s no significant physical dependence. This disorder doesn’t affect a large number of people (only one in ten users become addicted), but this number is large enough that some people wonder whether the same is true for the CBD. The CBD can’t make you high, but is there still something about it that makes you addicted?

First of all, let’s start with the basics. The phenomenon of addiction refers to a substance or activity that has taken total control of a person’s life to an unhealthy degree. Addiction structures the daily routine. It becomes the sole purpose of life in which the addict invests time and money. His or her behaviour and interactions have nothing to do with it. Even when friendships are broken, even when injuries result, the addict maintains the habit. It is very difficult for them to control their bodies and minds and stop, even when they really want to.

But addiction doesn’t just affect hard drugs or alcohol. Psychologically, people can become addicted to almost anything. I’m sure you know someone who is a little too dedicated to his or her work. Or whose life revolves around shopping. Others can’t seem to do without the Internet. All of these behaviours also fall into the category of addiction. Self-control is challenged, and if you keep these people away from the object of their addiction, they can feel seriously ill – becoming irritable, unable to sleep or eat, and the thought of your habit is at the forefront of your mind.

Note, however, that so far we have only talked about psychological addiction. Physical dependence, which affects people who are addicted to alcohol, cigarettes or hard drugs, is an entirely different problem that is only associated with certain substances. With these substances, withdrawal can cause the user feelings of discomfort and physical illness. In severe cases, complete withdrawal without medical supervision can even result in death.

It should also be mentioned that psychological dependence is often associated with physical dependence. Fortunately, the cannabis addiction that people develop (although it can certainly be a serious problem) does not go far beyond the psychological realm.

With this clear definition of dependency, we can now safely answer the original question: Does the CBD create dependency? Well, if you ask the World Health Organization (WHO), you will get a simple answer: no! Based on all available studies, there is no evidence that the CBD has the potential for abuse or that its ingestion is addictive. Specifically, the WHO cites a number of randomized, double-blind studies showing that no significant physiological or psychoactive effects occur in humans or that abuse is otherwise encouraged.

However, there are no human studies on physical or psychological dependence on the CBD in terms of actual dependence. Given the low abuse potential of this cannabinoid, which does not induce feelings of euphoria or other overt sensations, it is extremely unlikely that dependence will develop. There are not even horror stories in the tabloid press about people suffering from CBD addiction! So you can be sure that there is no problem here.

CAN YOU BUILD A CBD TOLERANCE?

Now, after this reassuring answer, you may still wonder if you can develop tolerance to CBD. If you take CBD oil regularly, will you eventually need a whole bottle a day? This would be astronomically expensive and would mean that hardly anyone could afford CBD. But fortunately, that doesn’t seem to be a problem either. As the WHO noted in its evaluation of a study in which mice were given CBD and THC, the subjects did not become addicted to CBD, but they did become addicted to THC. This does not prove anything definitive in humans, but strongly suggests that building tolerance to cannabidiol is probably not a problem.

DOES CBD HAVE SIDE EFFECTS?

Finally, as with any other substance, you are probably wondering if CBD can have side effects. Fortunately, CBD itself has not been shown to cause significant side effects at any dose. However, there is evidence that the cannabinoid can conflict with other drugs, which mainly include anticoagulants. Specifically, the researchers found that CBD interferes with the function of the cytochrome P450 enzyme, which is responsible for the degradation of all kinds of prescription drugs in the body.

This study dates back to 1993 and new research is being conducted daily. In the meantime, we recommend that you always talk to your doctor before using CBD, especially if you are taking other medications.

CBD HAS A GOOD SAFETY PROFILE

In reviewing all available studies, the WHO concludes that the CBD has a good safety profile.

In fact, better than that of THC, which means that THC has not even been found to be bad. With no discernible addictive potential or tolerance and no real risk of abuse, this compound is probably one of the safest substances you can take on a daily basis. As mentioned above, you should always consult your doctor before incorporating CBD into your daily routine.

Mr. BC Seeds
Mr. BC Seeds is an over educated old school hippy who has been involved in the cannabis industry since the 1970's. He is one of the most experienced marijuana breeders in Canada if not the entire world. He was the first to use the most advanced breeding techniques in 2008 to create 42 of the world's strongest cannabis strains. He has been writing in-depth articles about cannabis in Canada for decades and looks forward to continue bringing you cutting edge cannabis strains for the decades to come. Mr. BC Seeds uses a "pen name" because he still travels the world collecting cannabis strains and continues researching cannabis in laboratories of non-legalized countries.
Posted in General
Tip OF ADVICE for new cannabis users
What are flavonoids and are they good for you?