What are flavonoids and are they good for you? 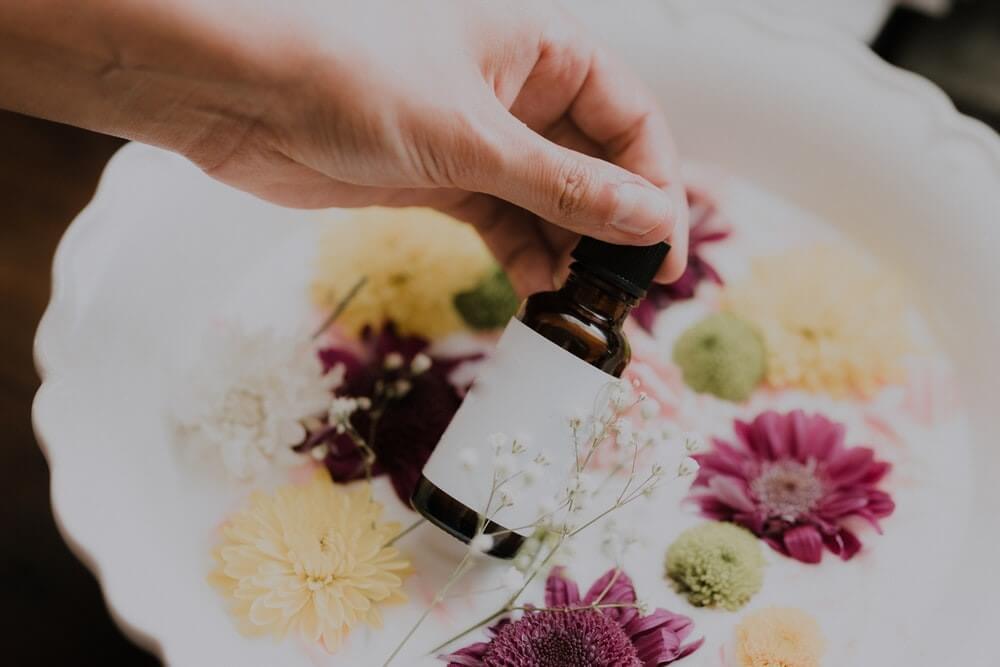 Have you ever looked closely at a beautiful cannabis flower and admired its dark purple hues? These bands of colour give the buds such a special look that it’s hard to bring yourself to smoke them, although we’re sure you will anyway. If you appreciate such details, you have the flavonoids to thank. And this doesn’t just apply to the colour of the flowers, because flavonoids in general are fascinating compounds that perform a variety of functions. Although they are only small secondary plant compounds, they play an important role in various plants and foods.

To begin with, the basics of biology: A flavonoid is made up of a group of polyphenolic compounds. These compounds, when combined, act as secondary metabolites found in hundreds of fungi and plants. One of these plants is, of course, cannabis, and you have a good idea of what flavonoids can do when you smoke grass. Flavonoids influence the taste, aroma and colour. In general, cannabinoids and terpenes take all the credit for what makes cannabis what it is, but in fact flavonoids also work with terpenes to give the plants their specific taste and smell. Now that you know the important role that flavonoids play in taste, aroma and pigmentation, you won’t be surprised to learn that they make up about 10% of the compounds produced by cannabis plants.

WHAT ARE THE TYPES OF FLAVONOIDS?

How is it that all these mushrooms and other plants, including cannabis, have one compound in common? Well, technically, they don’t because there are about 7,000 flavonoids that we know of, all divided into different sub-categories.

First of all, we have flavones, an important subgroup of flavonoids that often come in the form of glucoside. Anthocyanins, another main group, are an important source of pigments. Flavones, on the other hand, are mainly known as scavengers, which we will discuss later. Isoflavones are also involved here as a precursor of the antimicrobial and antioxidant phytoalexins, which are produced by the plant when it comes into contact with certain microbes.

Flavonols, not to be confused with flavones, are widely distributed in the plant kingdom as constituent elements of proanthocyanin. Finally, chalcones form this sub-group, whose members lack a certain “ring” in flavonoids’ chemical structure. This is why they are generally referred to as “open-chain” flavonoids.

WHERE ARE FLAVONOIDS FOUND?

We have already alluded to this here and there, but it’s good to have a clearer idea of which plants, legumes and fungi contain which flavonoids. For example, when you smoke cannabis, you mainly come into contact with about 20 different flavonoids, which are classified as cannflavins. You can find these compounds in all kinds of cannabis, of course, but CBD full spectrum oil is also a rich source if you want to avoid a cannabis “high”.

If you are looking for flavones, mint, parsley, peppers and celery are the best sources, while red grapes, strawberries, blackberries and blackcurrants are full of anthocyanins. Flavanones are mainly found in the peels of citrus fruits and give them their well-known bitter taste. Isoflavones, on the other hand, are found in soya and legumes. Flavonols are found in kale, tomatoes, onions, lettuce and many other plants. Finally, chalcones are found in tomatoes as well as strawberries, pears and some wheat products.

HOW DO FLAVONOIDS WORK?

So we now know where flavonoids are found, but what is the function of these compounds in their natural environment? In simple terms, they protect the plant that produces them, regulate its cell cycle and neutralize free radicals.

Free radicals, which are molecules with unpaired electrons, become a problem when oxygen is converted in the mitochondria. Oxygen loses an electron and, in order to regain its equilibrium, tries to acquire the electron from another atom. When it finds the free radical, whether it is oxygen or another molecule such as a protein, the oxygen atom rips the electron from it, destroying that cell’s structure and killing it.

Flavonoids stop this process by inhibiting, on the one hand, the enzymes responsible for the formation of free radicals, but also by eliminating free radicals that have already been activated. As a result of these effects, flavonoids are generally recognized as antioxidants. However, studies have shown that the human body only absorbs less than 5% of the flavonoids it receives, most of which are rapidly metabolized and excreted, which means that flavonoids have negligible systemic antioxidant activity. The increase in antioxidant activity after flavonoid ingestion is not directly due to these compounds, but to their degradation and excretion.

We still have a lot to learn about how these compounds work, but even the little information we have so far sheds light on the many relationships that need to be known in order to discuss these biological processes.

WHAT ARE THE ADVANTAGES OF FLAVONOIDS?

Now that you know where flavonoids are in the food you eat and how they work, you are probably wondering why we want you to learn about them. Well, as we’ve already mentioned, they offer benefits that go far beyond the delicious look, smell and taste of cannabis. In fact, much of what flavonoids can achieve can directly benefit your well-being.

For starters, in 2015, researchers discovered that five subgroups of flavonoids, which include flavones, flavonols, flavanones and anthocyanins, have the ability to lower blood pressure. In addition, scientists found that tea, coffee, and soy can reduce stroke and heart attack risk. There is also a correlation between a diet rich in flavonoids and a reduced risk of developing type 2 diabetes, although more research is needed. Last but not least, flavonoids may reduce inflammation, which can be seen in some study reports. This is particularly true for cannflavins, which could therefore contribute to the well-known anti-inflammatory properties of cannabis.

The number of corresponding research results is gradually increasing, although so far it can only be stated with certainty that further studies are necessary. However, if these compounds can contribute so much to improving our well-being, why not do our utmost to find out what they can offer us?

We hope that you can now understand why flavonoids, although so little is said about them, are nevertheless such an important part of the biological puzzle. Whether it’s the anti-inflammatory properties of the cannflavins in the cannabis plant that you benefit from, or the ability of anthocyanins to improve vision, flavonoids have many benefits to offer the plants in which they are effective and us, and it’s time to give them their due credit. So grab some fruit and vegetables for dinner tonight, take some CBD oil (or good old grass) and enjoy the benefits of these wonderful compounds.

Mr. BC Seeds
Mr. BC Seeds is an over educated old school hippy who has been involved in the cannabis industry since the 1970's. He is one of the most experienced marijuana breeders in Canada if not the entire world. He was the first to use the most advanced breeding techniques in 2008 to create 42 of the world's strongest cannabis strains. He has been writing in-depth articles about cannabis in Canada for decades and looks forward to continue bringing you cutting edge cannabis strains for the decades to come. Mr. BC Seeds uses a "pen name" because he still travels the world collecting cannabis strains and continues researching cannabis in laboratories of non-legalized countries.
Posted in General
Can CBD oil be addictive?
Tips for growing more fragrant and tasty marijuana flowers