Today Trudeau announced that he promises Canadian legalized marijuana before July 1st, 2018. Trudeau got into power in Canada by getting a large amount of voters who believed that he would legalize marijuana in Canada.

But years have passed without marijuana becoming legal, in fact the recent police raids and arrests say otherwise. Now Canadians are turning against Trudeau, calling him a liar. He has yet to keep his promises. And today is no different. It appears Trudeau still has no real plan to legalize marijuana. If he did, it would be legal already. 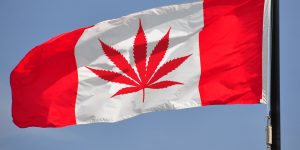 More than ever Trudeau worried about 2018 election and Kevin O’Leary. That’s because Kevin O’Leary will actually legalize marijuana in Canada, regulate it and tax it. No false promises. Not waiting years and years. It will get done right away. Kevin O’Leary even wanted to invest in Marijuana Companies, but was advised not to for political reasons.

Canadians are starting to see their current leaders true colors. Lavish vacations that cost tax payers over $124K. The fact that he is not educated to run the country and he’s not working making Canada debt free and not creating more jobs. In fact he’s bankrupting Canada. Talk is cheap and we’re sick of Trudeau’s lies to Canadians. He’s only promising to legalize marijuana, again, to get your vote. Don’t trust him to actually legalize it in in 2018, he lying for your votes.

Stop destroying our country Trudeau. Stop looking pretty and burning our pockets. It’s time to step down and stop wasting money. You’re making our grandchildren slaves with all the new debt your racking up. Our grandchildren and their grandchildren won’t be able to pay back what you’re spending. It will take more than a 100 years to climb out of this hole you buried us in. Website Visitors, please leave your comments below for more discussion.

Mr. BC Seeds
Mr. BC Seeds is an over educated old school hippy who has been involved in the cannabis industry since the 1970's. He is one of the most experienced marijuana breeders in Canada if not the entire world. He was the first to use the most advanced breeding techniques in 2008 to create 42 of the world's strongest cannabis strains. He has been writing in-depth articles about cannabis in Canada for decades and looks forward to continue bringing you cutting edge cannabis strains for the decades to come. Mr. BC Seeds uses a "pen name" because he still travels the world collecting cannabis strains and continues researching cannabis in laboratories of non-legalized countries.
Posted in General and tagged Canada Legalized Marijuana
Trump on Pot
Legal Cannabis Crop Costs Landlord His Insurance