During Barack Obama’s presidency, the US relaxed its attitude towards cannabis. Donald Trump’s presidency and ‘Trump on Pot’ may be about to change this situation. Four US states have legalised recreational cannabis. That doubled during the 2016 election. Obama recently indicated federal legalisation of cannabis was inevitable. He said the government should treat it as a “public health issue, the same way we do with cigarettes and alcohol”. He said this was a “smarter way to deal with it”.

Obama’s 2016 election loss puts that attitude in doubt. As White House positions fill with those who are anti cannabis, the US waits to see Trump’s attitude. He is filling the White House with people who have the power to stop it. Although states can legalise cannabis, it is illegal under federal law. Late 2016 Attorney-General Jefferson Sessions told Congress “we need grown-ups in charge in Washington” saying “marijuana is not the kind of thing that ought to be legalized, it ought to be minimized, that it is in fact a very real danger”. This was his response to Colorado legalising cannabis.

This year, White House spokesperson, Sean Spicer warned cannabis is still illegal at federal level. He said there was still a federal law that needed abiding when it comes to recreational drugs. He indicated he saw a marijuana crisis growing and government should not support that. 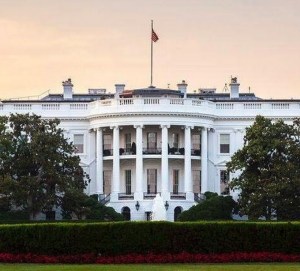 This immediately impacted Canopy Growth, Aurora, Aphira and OrganiGram stocks. These plummeted, losing between 3% and 9% of their value when they stabilised. Over the following weekend some regained their value and others did not. The panic sell off is a direct link to Spicer’s comments.

Canada’s Canopy Growth CEO, Bruce Linton, said the drop in price puzzled him. Spicer’s comments indicate there is no competition to Canada’s cannabis industry coming out of the US any time soon. If you want to be part of the growth of a legal cannabis industry, invest in Canopy stocks. Linton believes a negative attitude from the US creates opportunities for Canada. With no stability or clear way forward in the US, Canada has the ideal environment for investors interested in medical and recreational cannabis within a legal framework.

Risk of Smuggling Pot Across US Borders

Canada has borders with 13 US states and only three will have legalised cannabis at the state level. There are fears that smuggling across the borders into the US could be the result of Canada legalising cannabis. Resulting in slowing down border crossings between Canada and the US.

Linton reminds that legalising cannabis was Mr Trudeau’s key election promise. He did not believe negative US comments would jeopardise cannabis legalisation in Canada. It is an opportunity for Canopy to research knowing there is no competition coming out of the States. US cannabis companies have trouble raising capital because of the state of the legislation in America. There is no certainty, which is a risk to investment.

With conflicting state and federal laws in the US, there is no consistent, safe cannabis industry. Patients seeking help and access to medical cannabis to relieve medical conditions have the added stress of a legal nightmare. In 2013, Obama had the now famous Cole memos sent out to federal prosecutors. It said to be tolerant of the those using cannabis in a harmless way in states that had legalised cannabis. But, in June 2016, police raided and shutdown a medical cannabis processing plant operating openly under state law. The Santa Rosa, California facility has reopened. After five months, the police seizure of $5 million worth of property, $500,000 cash for payroll and another $1.5 million in products” was missing. Although company founder, Dennis Hunter, was not charged police failed to return property, products and cash seized in the raid.

What Trump on Pot Means For You

What Trump on Pot means for the US is anyone’s guess. It is all conjecture based on past performance and comments of public figures now empowered by the White House. What is certain is the state and federal laws in eight states clash. There is a disconnect that needs resolution. This is positive for Canada with cannabis legalisation expected this year. The US government’s chilly attitude to cannabis creates more positive opportunities for a vibrant, legal cannabis industry. One that supports positive growth in many parts of Canada’s economy, and what the people want and Trudeau promised.

Mr. BC Seeds
Mr. BC Seeds is an over educated old school hippy who has been involved in the cannabis industry since the 1970's. He is one of the most experienced marijuana breeders in Canada if not the entire world. He was the first to use the most advanced breeding techniques in 2008 to create 42 of the world's strongest cannabis strains. He has been writing in-depth articles about cannabis in Canada for decades and looks forward to continue bringing you cutting edge cannabis strains for the decades to come. Mr. BC Seeds uses a "pen name" because he still travels the world collecting cannabis strains and continues researching cannabis in laboratories of non-legalized countries.
Posted in General and tagged Trump on Pot 2017
Medical Cannabis Legalization Philippines
Canadian Legalized Marijuana Before July 1st