CBD AS MEDICINE: CANNABIDIOL AND ITS THERAPEUTIC PROPERTIES 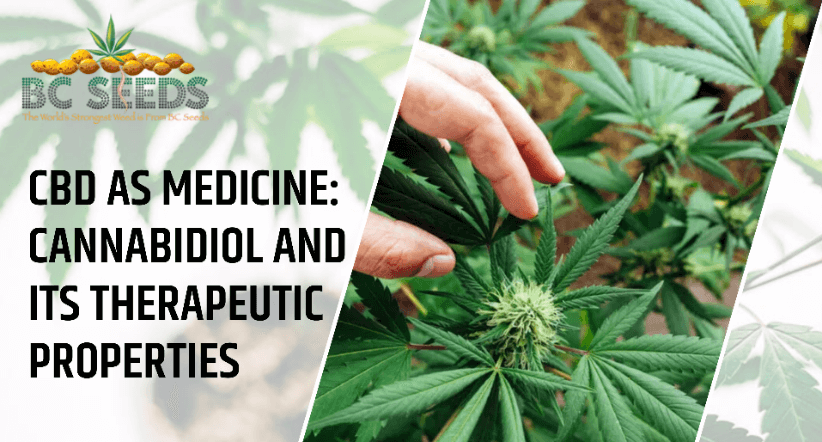 The hemp plant has been beneficial to mankind for many centuries. The therapeutic advantages, above all, are indisputable. Unfortunately, a ban on the cannabis plant was imposed mostly for economic reasons, putting scientific research on hold in recent decades. Cannabis appears to have awoken from a long slumber thanks to the active element CBD (cannabidiol), which has become popular. This has the potential to improve the quality of life for many of our fellow humans.

THC (tetrahydrocannabinol) and CBD (cannabidiol) are the two most well-known active components in cannabis. Both are used for medicinal purposes and have been allowed to be prescribed as medicinal hemp by prescription since 2017. The distinction between THC and CBD is straightforward. THC, on the other hand, has psychoactive effects and is therefore forbidden. CBD, on the other hand, has no intoxicating effects and can be lawfully obtained for recreational use. Cannabidiol, in particular, is likely to play a significant role in the therapeutic field in the future.

With a landmark decision, the Commission has addiction UN (United Nations) beginning in December 2020 cannabis from the Single Convention on Narcotic Drugs out deleted . The plant had been listed there since 1961. By deleting this entry, the UN accepts the view of the WHO (World Health Organization), which came to similar results in 2018. As a justification, those responsible cited the therapeutic potential of CBD. This recognizes that CBD has medicinal properties and that abuse is not to be expected.

The therapeutic potential of cannabis entered the field of scientific interest in the mid-1960s. At that time, the endocannabinoid system ( ECS ) was discovered through studies of THC . This plays a role in many body functions, but has not yet been fully explored. Put simply, the ECS plays a major role in regulating the immune system and the world of emotions. CBD can have a positive effect on the endocannabinoid system and when used and dosed correctly it unfolds its effects, especially in pain therapy.

Since the discovery of the ECS, the CBD has been associated with numerous of beneficial medicinal benefits. Symptoms are usually relieved, especially those in the chronic bud area. The anti-inflammatory, antioxidant, and analgesic benefits are all blamed by the scientists. The wide range of applications has the potential to change medicine in a variety of ways.

Patients with rheumatism and arthritis report a significant decrease in the frequency and intensity of their seizures. According to recent studies, cancer patients’ tumor discomfort is no longer terrifying. Antiemetic effects have been observed in the 1970s and 1980s. These are more common during chemotherapy treatments.

CBD – indication for epilepsy and MS

This takes advantage of medications used to treat seizures in people with multiple sclerosis ( MS ). Approximately 80% of those who are ill experience seizures. The quality of sleep of people who are affected is improved above all, as the spasms frequently occur at night.

Epilepsy therapeutic research has progressed significantly. Since 2018, the EU (European Union) has approved a medicine with a CBD concentration of 98 percent. It can be used to treat patients as young as two years old.

Expectations of CBD in Medicine

Many long-term studies that document the full range of therapeutic options have not yet been completed. However, the increasing interest in CBD will increase the volume of clinical studies and it is expected that the range of applications will be expanded in the coming years. The potential is definitely there.

Mr. BC Seeds
Mr. BC Seeds is an over educated old school hippy who has been involved in the cannabis industry since the 1970's. He is one of the most experienced marijuana breeders in Canada if not the entire world. He was the first to use the most advanced breeding techniques in 2008 to create 42 of the world's strongest cannabis strains. He has been writing in-depth articles about cannabis in Canada for decades and looks forward to continue bringing you cutting edge cannabis strains for the decades to come. Mr. BC Seeds uses a "pen name" because he still travels the world collecting cannabis strains and continues researching cannabis in laboratories of non-legalized countries.
Posted in General
HOW DOES CBD OIL WORK ON THE SKIN
WHY IS IT WORTH REACHING FOR CBD OIL