CBD CANDIES: WHY ARE THESE EDIBLES BECOMING SO POPULAR?
CBD RECIPES FOR EVERY FIRST-TIME CBD USER

CBD FACTS VS. MYTHS: HOW TO SORT IT ALL OUT 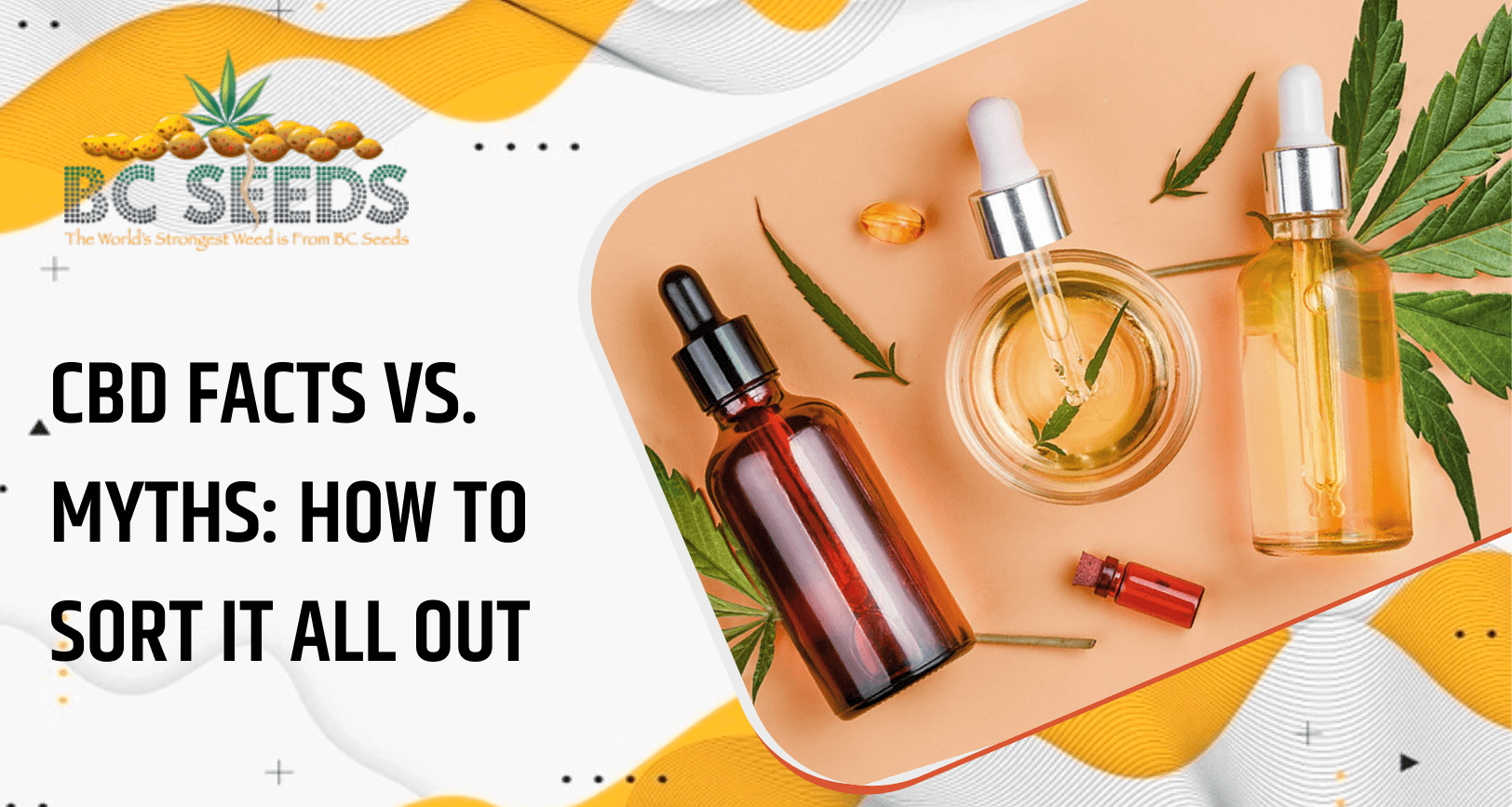 Cannabidiol is a compound that is widely misunderstood. It was originally illegal due to its link with marijuana, despite the fact that it’s not intoxicating. The general population is finally warming up to CBD, realising that it has a plethora of potential wellness benefits. Nonetheless, there are some prevalent misconceptions about CBD and what it does – and does not – do. Today, we’ll debunk five of the most popular cannabidiol myths, allowing you to persuade those obstinate acquaintances who are unaware of what this substance has to offer.

CBD Facts vs. Myths: Will CBD Get Me High?

Again, this fallacy is most likely based on CBD’s link with marijuana, which does, after all, cause an intoxicating ‘high.’ CBD, on the other hand, has no such mind-altering effects. According to the same WHO research, CBD has no psychoactive effects, with ‘psychoactive’ referring to intoxication. Some researchers have suggested that CBD may have an effect on the brain in some way, implying that CBD may be psychoactive in another way. Nonetheless, it’s not intoxicating, and it won’t make you high. Rather than causing mind-altering effects, good quality CBD oils will make you feel more in control of your wellness, more energised, and possibly even more focused.

Marijuana is a form of the cannabis plant, and some strains of marijuana do contain significant quantities of CBD. However, the CBD in our products is derived from hemp, a plant that is legal in the United States under the Farm Bill. So, while marijuana does create cannabidiol in some strains, it’s a common fallacy that all CBD products are made with marijuana. This is not correct. Fact: As previously stated, most CBD brands obtain cannabidiol from hemp (particularly industrial hemp), a kind of cannabis that differs greatly from marijuana. Industrial hemp contains less than 0.3 per cent THC and is strong in cannabidiol. With recent changes to the United States Farm Bill, hemp is now legal on a federal basis throughout the United States (though some states do still have their specific laws).

CBD seems to have come out of nowhere. It seems to have become extremely popular almost overnight, with brands and products popping up everywhere you look. For this reason, many believe that CBD is a newly discovered compound, but this isn’t true. Fact: Cannabis (and therefore CBD) has been used by humans for centuries. While ancient civilisations may not have had an exact knowledge of the science of cannabinoids, they certainly knew that cannabis could do something. In fact, the first recorded therapeutic use of cannabis may date back to 2737 BC, when the Chinese Emperor Sheng Nung celebrated the use of cannabis-containing tea. In terms of modern science, CBD was isolated and identified in the 1930s, and more and more research has been carried out on it since then.

It’s easy to get confused about the legal status of CBD. The situation is constantly changing, and new guidelines seem to be introduced every week. The US government has published an updated version of the Farm Bill, which includes the law on hemp cultivation. This law allows growers to legally cultivate cannabis on American soil for the first time – with the appropriate licences, of course. The law excludes hemp and its non-derogable cannabinoids, such as CBD, from the Controlled Substances Act. Fact: The US Farm Bill – and in particular the Hemp Cultivation Act – was a huge step in favour of CBD and allows the sale and use of hemp-derived CBD products throughout the US. If you want to buy the highest quality CBD products on the market – all available with free shipping – be sure to visit our official online store.

Cannabidiol is an intriguing compound that has captured the attention of millions of people around the world. With the sudden rise in popularity of this compound in recent years, a lot of misinformation has been spread. Fortunately, there are many sources available to help consumers find out the truth about cannabis and CBD – busting the myths and confirming the real facts. We hope this guide has addressed some of the common CBD myths and facts to help you understand the truth about cannabidiol and its amazing range of uses and applications.

Mr. BC Seeds
Mr. BC Seeds is an over educated old school hippy who has been involved in the cannabis industry since the 1970's. He is one of the most experienced marijuana breeders in Canada if not the entire world. He was the first to use the most advanced breeding techniques in 2008 to create 42 of the world's strongest cannabis strains. He has been writing in-depth articles about cannabis in Canada for decades and looks forward to continue bringing you cutting edge cannabis strains for the decades to come. Mr. BC Seeds uses a "pen name" because he still travels the world collecting cannabis strains and continues researching cannabis in laboratories of non-legalized countries.
Posted in General
CBD CANDIES: WHY ARE THESE EDIBLES BECOMING SO POPULAR?
CBD RECIPES FOR EVERY FIRST-TIME CBD USER