How Does A High THC Cannabis Puff Help You Relax Your Nervous System? 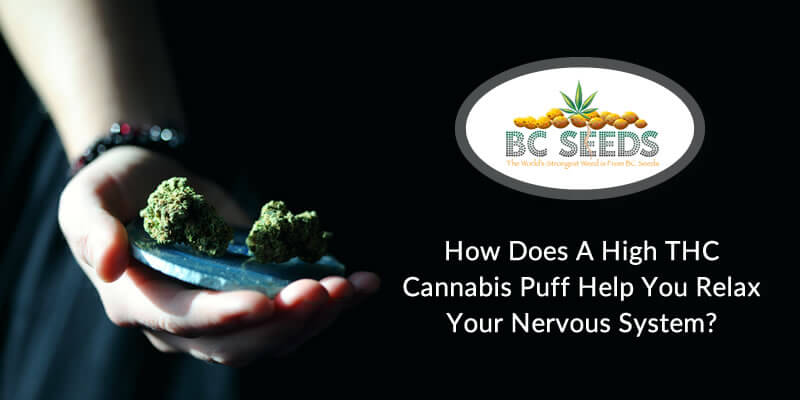 The tetrahydrocannabinol (THC) is one of the at least 113 cannabinoids identified in cannabis and it is the main psychoactive constituents of cannabis that make users feel high. The cannabinoids are the active chemical in medical marijuana which is just like the chemicals produced by the body that are involved in movement, memory, appetite, and pain. When you take cannabis, the THC in it gives you the high feeling and the more the THC constituents, the more powerful the high. This THC also increases the dopamine levels thereby creating that sense of euphoria. In relaxing your nervous system-relieving stress and helping in relaxation, there are recommended levels of high THC cannabis puff that you can take and anything short of that can produce an opposite effect. There are numerous studies that have been carried out on the importance of dosage when it comes to the effect of THC in those taking marijuana but I will be sharing particular research conducted in the United States.

The research was conducted in Chicago in which 42 volunteers between the age of 18 and 40 years old were divided into three groups. These people are not daily users of cannabis but have had one or two experience with it.

Group 1: Those given low dose capsule made up of 7.5 milligrams of THC, which is equivalent to one to two puffs on a medical-grade joint.

Group 2: Those given moderate-dose capsules made up of 12.5 milligrams of THC and very close to half a joint.

Group 3: The placebo group received a capsule with no THC in it.

All these participants attended two four-hour sessions at the University of Chicago which was done five days apart.

After the research, it was discovered that the THC in low dose given to the first group was able to reduce stress in the participants while those in the other group with higher dose got opposite effect compared to what those in the first group got. This shows how important dose is when considering THC and its effects in those that take cannabis or marijuana.

Then on another visit, the participants were told to speak with the laboratory assistance for five minutes about a favorite book or movie and then play the solitaire game for another five minutes. The stress levels and feelings of these participants were rated before, during and after each of these two activities. The following were also measured at intervals: blood pressure, heart rate and the cortisol which is a major stress hormone.

The results show that the participants in group 1 reported less stress after the psycho-social test than those with placebo and their stress levels dissipated faster after the test. But those in group 2 reported greater negative mood before the two tasks and had more pauses during the mock interview compared with those in group 3. And for the blood pressure, heart rate and cortisol level, there was no significant difference before, during and after those various doses were taken by the participants in groups 1 and 2.

Mr. BC Seeds
Mr. BC Seeds is an over educated old school hippy who has been involved in the cannabis industry since the 1970's. He is one of the most experienced marijuana breeders in Canada if not the entire world. He was the first to use the most advanced breeding techniques in 2008 to create 42 of the world's strongest cannabis strains. He has been writing in-depth articles about cannabis in Canada for decades and looks forward to continue bringing you cutting edge cannabis strains for the decades to come. Mr. BC Seeds uses a "pen name" because he still travels the world collecting cannabis strains and continues researching cannabis in laboratories of non-legalized countries.
Posted in General and tagged Buy medical marijuana online
Latest vaping technology
Future cloning cannabis plants using futuristic cutting edge methods