How is Psilocybin extracted from Mushrooms? 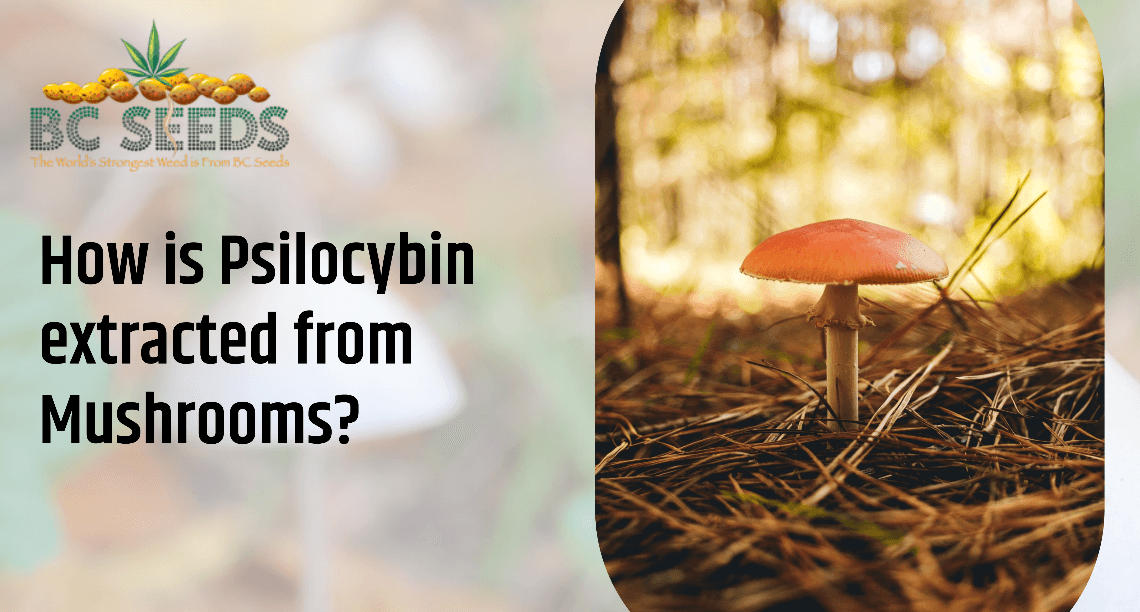 The legalization of Cannabis in Canada is leading to the decriminalization of other prohibited plants and drugs. Magic mushrooms, which has been found to be of high medicinal value, have been decriminalized in a few states, including California, Oakland, Colorado, and Denver, and they are completely legalized in Oregon.

As the legalization spreads, there have been many attempts to isolate and extract the active component of magic mushroom seeds. This compound called Psilocybin is the psychoactive component present in mushrooms, and it is the “magic” component of the mushroom.

Extraction of Psilocybin from Mushrooms

The use of methanol, however, yields other compounds alongside psilocin (a psychoactive by-product of psilocybin).

The aqueous-organic extraction method, on the other hand, produces a purer extract using acetic acid. This extraction method allows psilocin and psilocybin to be preferentially plucked from the mushrooms due to their soluble nature in aqueous acetic acid. However, other molecules are not extracted as they are left behind.

One study compared the action of the solvents – ethanol, methanol, and acetic acid. Seven mushroom species were ground and subjected to extraction using the solvents (5-20m) for up to 12 hours.

The result showed that methanol required about 12 hours to extract psilocin and psilocybin at room temperature. However, when the temperature was increased to 450C, it took about 1 hour to extract these psychoactive compounds.

Extraction using acetic acid yielded a slightly higher amount of psilocin but very similar quantities of psilocybin like what is produced with the methanol solvent.

Combining methanol and ethanol, however, yielded higher psilocin and lower psilocybin, respectively. This is due to the different balance caused by the “enzymatic destruction” of psilocybin into psilocin.

Ultrasonic extraction technology has been used recently for extracting psychedelic mushrooms. The ultrasonic treatment breaks the mushroom’s cell walls, allowing the psilocybin and psilocin molecules to be released into the solvent (ethanol or methanol). The advantage of this process is that it produces a fast result without the need for heat.

Some DIY methods of extracting psilocybin has also sprung up. One of this methods involves grinding dried mushrooms and soaking the powder in 100% ethanol for about 24 hours. Then, the mixture is subjected to filtration and evaporation to produce a crude liquid. Sometimes, additional solvents are added to purify the extract. However, this method is not advisable at home for safety concerns.

With the increasing legalization of magic mushrooms around the world, we are likely to see new techniques of extracting psilocybin from mushrooms.

In the meantime, you can access to the best-bred mushrooms at BC Seeds. We have the best collection of magic mushroom spores which we can deliver to you in a stealth manner.

Mr. BC Seeds
Mr. BC Seeds is an over educated old school hippy who has been involved in the cannabis industry since the 1970's. He is one of the most experienced marijuana breeders in Canada if not the entire world. He was the first to use the most advanced breeding techniques in 2008 to create 42 of the world's strongest cannabis strains. He has been writing in-depth articles about cannabis in Canada for decades and looks forward to continue bringing you cutting edge cannabis strains for the decades to come. Mr. BC Seeds uses a "pen name" because he still travels the world collecting cannabis strains and continues researching cannabis in laboratories of non-legalized countries.
Posted in General
How to Become a Commercial Pot Company Marketing Director
HOW DOES CBD OIL WORK ON THE SKIN