Kid Cannabis Sequel and the original story how a socially awkward teen became a $38M marijuana top dog. A true story of a nerdy teen who ruled a pot marijuana empire. Kids making millions was the highlight of the film “Kid Cannabis”. The first movie hit cinemas back in March 2014. Read on to learn about the Kid Cannabis Sequel release date.

The movie tells us  the real-life story of Nate Norman. He’s a 19-year-old high-school dropout and pizza delivery guy who ended up as a  marijuana-dealing kingpin. Jonathan Daniel Brown played the character of Norman. The film’s director is John Stockwell, who filmed real shots from an actual marijuana-growing facility in Canada. Their crew did it in a van with black-tinted windows.

Norman is a stout nerd in Coeur d’Alene, Idaho. Norm smokes lots of weed and sells dime bags on occasions apart from delivering pizzas. He used to earn just $6 per hour delivering pizza’s, then in a snap he became ultra-lavish. Raking in millions of dollars yearly by smuggling weed right across the border. 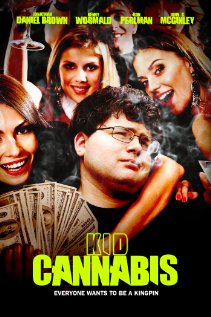 In just a matter of months, this socially awkward maverick became the big boss of a marijuana empire. Their group moved around 7 tons (worth $38 million) of cannabis. Norman doesn’t think he’s a kingpin, though. According to him, he never told anybody what to do.

It all began when Norman and his 27-year old pal Topher Clark came up with a crazy idea. Smuggling a pound of marijuana through the woods across the neighboring Canadian border. They grew tired of living as nobodies struggling to get by in the widely-known city of wealth. And so the two hiked through the woods to deliver the pot and realized how easy the secret mission was. It started as a small, amateur operation with little to no technology and violence. After their successful mini-operation, they expanded their new world by coming up with a “startup capital”. They also began recruiting some friends. They’ve found a better supplier and started wearing camouflage suits to walk weeds more discreetly across the woods. Norman even placed his new crew under his “military-style training” to kick off their job well.

After a number of initial successes without a trace of hitch, they went on with their gig. The team swiftly multiplied from 4 guys to 8. Their money piled up increasingly, and they started feeling their hefty success. Norman bought a luxurious lake house for his mother and buried a huge case of cash for his “retirement fund”. They also rented an apartment to serve as their transfer point for marijuana and cash. The gang was able to buy exotic cars and threw lavish parties with beautiful, sexy girls. Norman spent $1.3 million  in just less than 2 years of indulging in toys, parties, and cars.

The local cops were not immediately aware of Norman’s operation. They were probably too busy with the giant drug cases to pay attention to a bunch of pot dealers. However, when Norman’s rival dealer Brendan Butler was killed, the men Brendan hired to finish off Norman started turning on him. That’s when the operation began to appear big-time in the eyes of the authorities. The cops arrested Norman’s associates. They readily flipped on him and pointed him as the mastermind. In 2004, the whole gang had their jail time. Norman got a 12-year sentence at the age of 21. His release came early, though. He is now living under home confinement in Coeur d’Alene.

Director Stockwell looked for Norman and visited him when he heard about his story. After dropping by him, he found a still-nerdy-yet-happy Norman. Stockwell also interviewed the teens involved in their then-huge activities. He asked them whether they’re still interested to do it again. Surprisingly, most of them said they would do it again if given the chance. According to them, it was the greatest time of their lives. They all deem it as a huge adventure that has changed their lives forever. With its feature of a true story and real-life shots, The movie Kid Cannabis became a huge success. It raked in $5,565 from a single theatre opening night. It garnered a number of positive reviews from movie critics. The sequel is still under wraps. However, the lead star playing Nate Norman, Jonathan Daniel Brown,  already announced that he won’t be returning. It’s reportedly been due to his troubling experience on the first release. Fans are still looking forward for the Part 2, though. They’re eager to know how the gang’s lives have been after “the best time of their lives”.

Mr. BC Seeds
Mr. BC Seeds is an over educated old school hippy who has been involved in the cannabis industry since the 1970's. He is one of the most experienced marijuana breeders in Canada if not the entire world. He was the first to use the most advanced breeding techniques in 2008 to create 42 of the world's strongest cannabis strains. He has been writing in-depth articles about cannabis in Canada for decades and looks forward to continue bringing you cutting edge cannabis strains for the decades to come. Mr. BC Seeds uses a "pen name" because he still travels the world collecting cannabis strains and continues researching cannabis in laboratories of non-legalized countries.
Posted in General and tagged Kid Cannabis Sequel And The True Story
Gator Raid Dispensaries Busts Arrested Marc and Jodie Emery
Medical Cannabis Legalization Philippines