The marijuana plant, like most animals, plants, and other forms of life, has distinct genders. The plant can have a female or male reproductive part. However, there is also hermaphrodite, which you will find in rare cases. Let’s look at the parts of a marijuana plant first, as it will help us understand the difference between male and female plants.

Parts of the Marijuana Plant 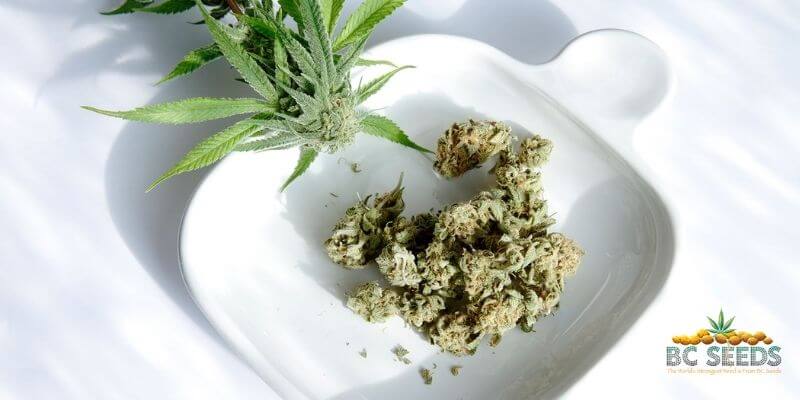 The marijuana plant has many structures. Many of these parts can be found in the everyday flowering plant species. Some of the parts of are:

How to See If a Marijuana Plant Is Male or Female

The content of marijuana plays an essential role regardless of your reason for consuming the herb. The content also depends on the sex of the plant. The hermaphrodite marijuana plant can be found in rare cases. However, we will only try to find out the difference between male and female marijuana plants through various stages.

1. Identifying The Gender Of The Marijuana Plant While Growing 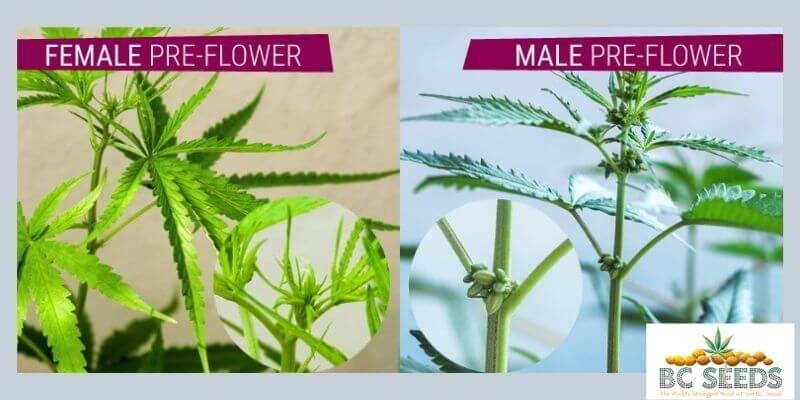 For the female plant, flowers stop growing when it gets pollinated. The plant starts producing seeds once this happens. To prevent seed production, separation of the female from the male must be done before the male initiates pollination.

At around six weeks, pre-flowers begin to appear. It is at this time that the difference between male and female marijuana plants can be identified. This is before flowering and pollination. Generally, male plants become tall with thick branches, stems, and very few leaves after 6 weeks. They also look like a clump of bananas at the inner joints of their branches. In contrast, the female marijuana plant grows tiny white hairs. This growth is at the joints and base of the plant’s branches. The white hairs grow larger, changing to a reddish color as the plant matures.

2. Identifying the Gender of Marijuana Plant in the Mature Stage

The female marijuana plant has a layer of resin coating that is extremely thick. This layer helps in capturing the pollen produced by the male plant. Potent flowers are kept away from the pollen while the other ones are fertilized. This is due to the ability of unfertilized female plants being able to produce trichomes. The trichome is a frosty layer that holds most THC.

The appearance of the male and female marijuana plants is also different in the mature stage. To start with, there are no flowering buds on male plants. Typically, the male plant produces many pollen sacks rather than frosty trichomes. When closed, these pollen sacks look like hanging tulip bulbs.

Even though male marijuana plants contain cannabinoids, they are less potent when compared to their female counterpart. Although rare, the marijuana plant may either be male or female. Some contain both male and female parts, so are classified as a hermaphrodite.

Female marijuana plants are capable of producing potent trichomes and flowering buds. As a result of these, they are in high demand for medical and recreational purposes.

Male plants are also important because they contain cannabinoids. Although they cannot produce usable marijuana like female plants, their leaves are often used to produce cannabis butter and oil.

There are distinctions between male and female marijuana plants, as already seen. Your goal if you have intentions of cultivating marijuana should be to produce usable products. As a result, you should choose to grow the female plant. At BC Seeds, we have the widest varieties of feminized seeds in all varieties. You can be assured that you are getting the top quality seeds from us.

Mr. BC Seeds
Mr. BC Seeds is an over educated old school hippy who has been involved in the cannabis industry since the 1970's. He is one of the most experienced marijuana breeders in Canada if not the entire world. He was the first to use the most advanced breeding techniques in 2008 to create 42 of the world's strongest cannabis strains. He has been writing in-depth articles about cannabis in Canada for decades and looks forward to continue bringing you cutting edge cannabis strains for the decades to come. Mr. BC Seeds uses a "pen name" because he still travels the world collecting cannabis strains and continues researching cannabis in laboratories of non-legalized countries.
Posted in Marijuana and tagged female marijuana plants
The Effects of Marijuana on Body Image Perception
How To Make Marijuana Part Of Your Wellness Routine