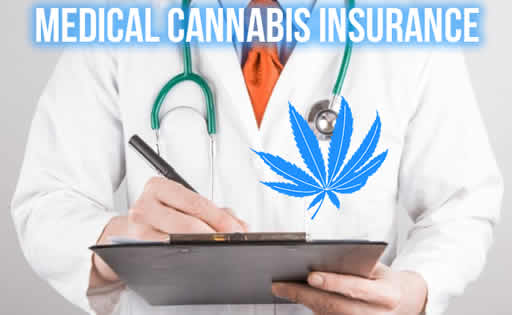 Medical cannabis insurance coverage. Canada’s Sun Life Financial is giving patients a break by adding medical cannabis coverage to its group benefits plan. Starting March 1 employers can opt in to cover employees for medical cannabis. For those whose employers use Sun Life, their cannabis could soon be part of their insurance plan. This means no more buying it themselves. This reflects acceptance of a plant that was once plagued with the stigma of being a dangerous drug. With recreational due to become legal this summer, it reflects a shift in thinking by insurers. This is great news for patients who rely on cannabis as part of their treatment. It also boosts a growing cannabis industry.

According to Canadian government data, there were 235,621 people enrolled in its medical marijuana program in September 2017. And, a total 109,603 shipments to patients across the country. This more than doubles the amount of people registered for access to medical cannabis a year ago. The data is interesting when you look at how many patients are signing for access to medical cannabis to help them with medical issues. Here is a breakdown across the country from April to September, 2017: While plan sponsors insured with Sun Life can add medical marijuana for its employees. It will cost of between $1500 and $600 a year per person to add to extended healthcare plans. While patients may not have immediate benefits, it represents a huge step forward in thinking. With the offer of insurance cover, weed is gaining recognition and becoming mainstream. This is a long way from the previous thoughts of it danger to society.

Sun Life chief executive and president said the company’s move for medical cannabis insurance was to meet the demand from their employer clients. This new insurance option does not cover a full range of medical conditions, but it is a good start for the future. He said medical marijuana was an important part of a patient’s treatment plan and pain management. Sun Life covers cancer, HIV/AIDS, rheumatoid arthritis, palliative care, and multiple sclerosis.

This move gives more than three million Canadian’s insured with Sun Life’s access to medical marijuana. To qualify patients for Sun Life insurance cover, they must meet certain criteria. Patients need an authorization letter from their doctor to be eligible. They must also register with a Health Canada licenced medical marijuana producer.

Canadians for Fair Access to Medical Cannabis patient advocacy group executive director Johnathan Zaid, said this announcement comes after years of working to have medical cannabis accepted. This move by Sun Life demonstrates a greater acceptance of medical marijuana. It makes it simpler for patients to access the medical weed they need it for their health. So far, some sponsors who have taken up the extended medical cannabis option for their staff. It is unknown how many employers will take up the option, but there are different levels of coverage and eligibility criteria. Those who have include: Sun Life will continue to review medical marijuana research that supports its use for other medical conditions. It will do this periodically and update its criteria for coverage as necessary.

Canada’s Shoppers Drug Mart recently signed a deal with Aurora Cannabis to supply cannabis online. This agreement is subject to approval from Health Canada for selling weed online. Currently the law still prohibits pharmacies from dispensing it from physical locations. Its parent company, Loblaw Companies, applied to sell cannabis over the counter through its pharmacy chain in October 2016. Other companies signing agreements include CanniMed. Lovell Drugs, Maricann and PharmaChoice. So, the wheels are in motion for retail outlets to go ahead once the law changes.

A landmark Human Rights case is waiting for an outcome in the Nova Scotia Court of Appeal. A Nova Scotia man injured in a motor vehicle accident in 2010 took his union to the Human Rights Tribunal in 2017. His union denied him insurance cover after being prescribed medical cannabis for pain so he too them to court. The tribunal ruled the Elevator Industry Welfare Trust Fund board discriminated against him. They ruled the employer must cover medical cannabis for the work accident. The union took the case to the Nova Scotia Court of Appeal and it is still waiting for an outcome.

Sun Life announcing it new medical marijuana policy gives hope for injured employees so they get the treatment they need. 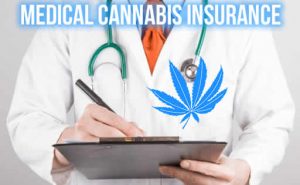 Mr. BC Seeds
Mr. BC Seeds is an over educated old school hippy who has been involved in the cannabis industry since the 1970's. He is one of the most experienced marijuana breeders in Canada if not the entire world. He was the first to use the most advanced breeding techniques in 2008 to create 42 of the world's strongest cannabis strains. He has been writing in-depth articles about cannabis in Canada for decades and looks forward to continue bringing you cutting edge cannabis strains for the decades to come. Mr. BC Seeds uses a "pen name" because he still travels the world collecting cannabis strains and continues researching cannabis in laboratories of non-legalized countries.
Posted in General and tagged Medical Cannabis Insurance
Demand For Cannabis Real Estate Grows
PMS Relief Microdosing Cannabis