What to Know About CBD Oil and the Ketogenic Diet 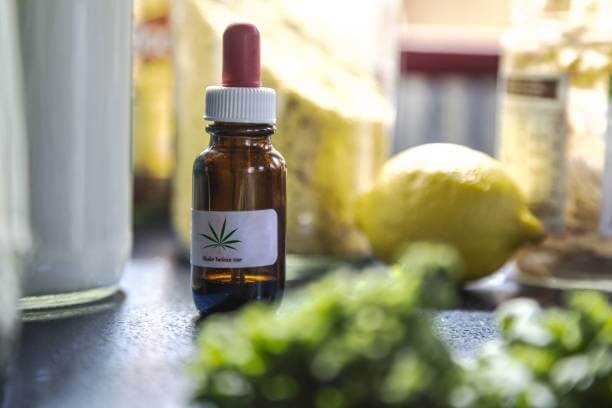 The keto diet may seem like another fleeting health trend, but its benefits often exceed what many have expected it to be. As it turns out, CBD oil occupies a similar position in the wellness world. Even if current research has not produced irrefutable evidence, we are learning more about the cannabinoid every day and every new study points in an increasingly positive direction.

Since CBD oil and the keto diet have similar reputations, it is particularly interesting to think about how CBD oil performs along with a ketogenic diet. It seems as if both can work in different but complementary ways, supporting each other’s effects and ultimately promoting overall wellbeing.

HOW THE KETOGENIC DIET WORKS

Basically, in a ketogenic diet, carbohydrates are exchanged for healthy fats, so sweets and alcohol, unhealthy fats, almost all fruits and even root vegetables such as potatoes and carrots are eliminated from the menu. Most cells in the body prefer to get their energy from glucose, also known as blood sugar, which we normally get from carbohydrates. The resulting compounds replace glucose and give the cells the energy they need. As soon as the cells regularly draw on ketones for their energy supply, the body is put into a state of ketosis.

WHAT ARE THE BENEFITS OF A KETOGENIC DIET?

But what are the exact benefits if the cells change their energy source? Well, don’t forget that ketones are made from fatty acids. Usually, excess fat is simply stored in the body – potential energy that has nowhere to go. However, when our bodies are urged to convert this energy into ketones, these fat deposits decrease much faster than they usually would. This in turn means that you can enjoy many more foods with healthy fats than usual.

For many people, the benefits go far beyond that. For example, many children suffering from seizures have been found to have symptoms much less frequently if they follow a ketogenic diet. A 2015 study also showed that the ketogenic diet had anti-inflammatory properties and even had the potential to alter our perception of pain.

IS CBD OIL SUITABLE FOR A KETOGENIC DIET?

Given its perceived benefits, it’s worth pausing and thinking about whether CBD oil is suitable for a ketogenic diet. What about CBD oil when even potatoes can interfere with ketosis? Well, luckily, CBD oil doesn’t break ketosis in any way. In fact, certain CBD oils are made with coconut and MCT oils, both of which are popular with the keto community for their healthy fats and myriad other benefits.

HOW DOES CBD OIL SUPPORT THE KETO DIET?

Okay, so CBD oil can fit the keto diet, but how does CBD oil support this diet? Besides sharing some benefits, CBD could help with other issues associated with this diet.

CBD oil could be useful for promoting acetosis and weight loss in general. Specifically, a study published in 2016 found that CBD increased the markers associated with fat tanning, a process by which unhealthy “white” fat is transformed into healthy “brown” fat.

Of all the potential properties of CBD, its immunomodulating effects are among the best studied. Although large-scale clinical studies have not yet confirmed these results, researchers’ mediating potential of the cannabinoid’s immune response has been extensively investigated. The same applies to the anti-inflammatory capacities of the ketogenic diet.

Well, in addition to the direct synergy with the keto diet, the CBD oil also has its own unique benefits. The pressure of a certain diet can build up over time. A case study conducted in 2016 showed that doses of CBD help relieve some symptoms of post-traumatic stress. Therefore, clinical trials with multiple participants are needed.

In addition to occasional stress, a ketogenic diet leads to a change in hormone production which can lead to restless sleep. Fortunately, the CBD has been studied for its potential to promote the sleep-wake cycle.

SHOULD YOU TAKE CBD OIL ON A KETO DIET?

Speaking of which, trying it out is the only way to find out if combining a ketogenic diet with CBD oil is working for you. The keto diet itself may not be for everyone as it involves major dietary changes and maintenance for most people. Nevertheless, it is not fundamentally unsafe.

When it comes to the safety of CBD, you are on the safe side, as confirmed by the World Health Organization. However, ask your doctor to be sure, as CBD oil can interact with certain drugs.

Whether it will help you achieve your ketogenic goals will depend on your individual experience. Find some CBD oil, maybe with MCT or coconut oil, and give it a try!

Mr. BC Seeds
Mr. BC Seeds is an over educated old school hippy who has been involved in the cannabis industry since the 1970's. He is one of the most experienced marijuana breeders in Canada if not the entire world. He was the first to use the most advanced breeding techniques in 2008 to create 42 of the world's strongest cannabis strains. He has been writing in-depth articles about cannabis in Canada for decades and looks forward to continue bringing you cutting edge cannabis strains for the decades to come. Mr. BC Seeds uses a "pen name" because he still travels the world collecting cannabis strains and continues researching cannabis in laboratories of non-legalized countries.
Posted in General
Facts about CBD you probably didn’t know
The 3 most popular CBD extraction methods