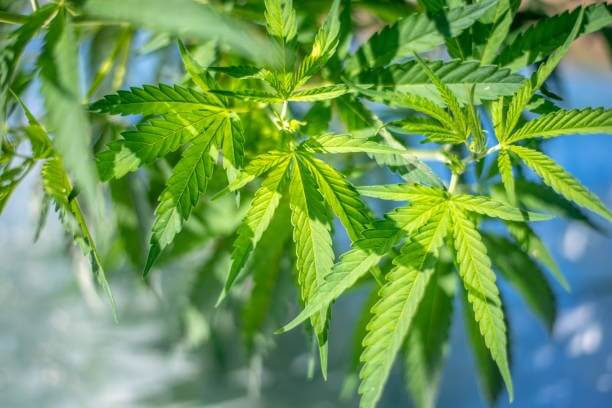 CBD is attracting a lot of attention right now. However, there are still quite a few misconceptions surrounding this remarkable cannabinoid, how it affects the body, what potential uses it has, and also what is its legality. Here are facts about CBD that you need to know.

Because of its intimate relationship with the cannabis plant, one might assume that CBD was intoxicating or “high”. However, this is not the truth. Although the cannabinoid can maintain subtle effects on mood and state of mind – in a manner similar to, say, dark chocolate – it does not produce any mind-altering effects. An article from the National Institute on Drug Abuse states that CBD does not induce euphoria or high.

THC, the main psychoactive molecule in cannabis, exerts its unique effects by interacting with the CB1 receptors of the endocannabinoid system. The CB1 receptor is mainly found in the brain, especially on neurons. On the other hand, CBD has a low affinity for these receptors, which is why it does not bind to them and cannot produce psychoactive effects in the same way.

CBD may also actually counteract some of the psychoactive effects of THC. The cannabinoid is known to stimulate the exact opposite brain activity patterns like THC in the striatum, hippocampus and prefrontal cortex regions.

There is a huge misinterpretation of CBD as a purely medicinal compound and THC as a purely “recreational drug”. That is not true. Just as THC can be used medicinally (to relieve pain, nausea, vomiting, etc.), CBD can also be used recreationally. In fact, an interesting market for CBD for recreational use is currently developing in Switzerland. While THC is still illegal under Swiss law, CBD-rich cannabis flowers and concentrates can be obtained quite legally in kiosks and pharmacies. This has led to an enormous number of recreational CBD users who appreciate CBD-rich cannabis for its calming effects.

Complementary research published in The Permanente Journal also confirms this. The subjects were given doses of 25-175 mg CBD. Reductions in anxiety were noted, but some test subjects also had slight sedation. However, this side effect diminished with regular use. Some users experience mild sedation the first time they use CBD, but it seems like this is no longer a problem once the body becomes familiar with the substance.

Taking the same amount of milligrams of each substance would give very different results in isolation, largely because of the different ways each cannabinoid interacts with the body. Therefore, the potential of CBD is no less important, as the cannabinoid produces its effects through many pathways inside and outside the endocannabinoid system, including vanilloid receptors, serotonin receptors, and PPARs. CBD has been found to have antioxidant, anti-inflammatory, anti-anxiety, and neuroprotective effects. Small doses of high-quality products contain more CBD, which is why even small doses are highly saturated with cannabinoids.

In general, we usually associate cannabis use with smoking. But thanks to a lot of innovation and research on cannabis, there are now many ways to use cannabis that don’t require a joint or bong. Products such as ointments, sprays, and soaps that are fortified with cannabis extract are a great way to treat local symptoms such as pain, inflammation, and even skin irritation. Instead of smoking or vaporizing cannabis (the chemicals in cannabis being absorbed through the capillaries in the lungs), topical substances are absorbed through the skin.

These products are becoming increasingly popular with patients looking to treat physical symptoms, such as inflammation and swelling caused by arthritis or other conditions. Many patients also find that cannabis-based agents provide relief from itching or skin irritation. Many companies are currently developing transdermal patches containing CBD, THC, and other cannabinoids that can later be absorbed through the skin.

Can your pets benefit from medical marijuana? Pet owners worldwide are beginning to use cannabis products such as CBD oil, capsules, herbal teas and even topicals to help their pets cope with a variety of diseases and symptoms.

Although cannabis legalization sweeps across several regions of the world, the plant remains highly banned elsewhere. Some countries make an exception for CBD because of the lack of intoxicating effects and allow the use and trade of products with an extremely low THC value. However, some countries continue to lump CBD with cannabis as a whole and have not yet changed their laws regarding this cannabinoid.

For example, in the United States, CBD is only legal if it comes from hemp. By contrast, cannabis-derived CBD is legal in only 17 states. Outside of the United States, the legal status of CBD is continually changing as new laws are continually being introduced or changed. In the EU, CBD food supplements are largely legal as long as the THC level is negligible.

Before ordering a CBD product, it is essential to read up on your country’s laws to make sure you don’t risk any trouble. Countries that have legalized cannabis for medicinal and/or recreational purposes are Argentina, Australia, Canada, Chile, Colombia, Croatia, the Czech Republic, Germany, India, Israel, Italy, Jamaica, Macedonia, Mexico, the Philippines, Poland, Puerto Rico, Turkey and Uruguay. Some of these places have only partially legalized cannabis, and other countries not on this list may tolerate CBD but not THC-based products. Know the laws of the country you live in and make decisions accordingly.

Mr. BC Seeds
Mr. BC Seeds is an over educated old school hippy who has been involved in the cannabis industry since the 1970's. He is one of the most experienced marijuana breeders in Canada if not the entire world. He was the first to use the most advanced breeding techniques in 2008 to create 42 of the world's strongest cannabis strains. He has been writing in-depth articles about cannabis in Canada for decades and looks forward to continue bringing you cutting edge cannabis strains for the decades to come. Mr. BC Seeds uses a "pen name" because he still travels the world collecting cannabis strains and continues researching cannabis in laboratories of non-legalized countries.
Posted in General
The 6 main cannabinoids of the cannabis plant
What to Know About CBD Oil and the Ketogenic Diet