Why does cannabis affect its users differently?
Facts about CBD you probably didn’t know

The 6 main cannabinoids of the cannabis plant 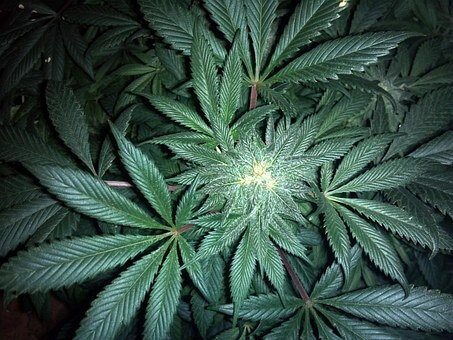 Cannabinoids are the essential compounds that give cannabis its valuable recreational qualities and medicinal properties. But what are the most common cannabinoids in cannabis and how can they affect our bodies?

The term “cannabinoids” refers to a group of more than 100 different chemical compounds that interact with cannabinoid receptors. They give cannabis its own medicinal and recreational properties. When we ingest cannabis, whether by smoking, vaporizing or consuming it, the cannabinoids in the plant activate specific receptors (called CB1 and CB2) in our brain and body.

These receptors are part of our endocannabinoid system (or ECS), which is responsible for the natural production of endocannabinoids in our body (e.g. anandamide) and controls various physiological processes, including appetite, pain-sensation, mood and memory.

THE 6 MOST IMPORTANT CANNABINOIDS OF THE CANNABIS PLANT

THC, or tetrahydrocannabinol, is probably the best known of all the cannabinoids found in the cannabis plant. It is a psychoactive compound and, as such, is responsible for creating the characteristic “high” that recreational users enjoy. When absorbed by our bodies, THC generally produces strong sensations of pleasure, relaxation, euphoria, sedation, etc.

New research shows that THC can also have various medicinal uses. For example, studies suggest that it can help treat post-traumatic stress disorder (PTSD), glaucoma, insomnia and chronic pain due to conditions such as fibromyalgia.

However, one of the biggest problems with the medical use of THC is that it can have opposite effects in different people: while it can make one user feel drowsy and relaxed, another may feel agitated, nervous or anxious.

CBD, or cannabidiol, is a cannabinoid that has become renowned for its medicinal properties. Cannabidiol is generally found in higher concentrations in hemp, as well as in a handful of medicinal strains that have been specifically bred to develop high concentrations of CBD.

CBD has been shown to be effective in treating a wide variety of medical conditions, including anxiety disorders and nausea, as well as chronic neuropathic and inflammatory pain caused by conditions such as muscular dystrophy and arthritis.

Unlike THC, CBD is a non-psychoactive compound, which means that it does not produce high psychoactive levels like THC.

THCV, or tetrahydrocannabivarin, is a cannabinoid that has only recently begun to make headlines. It is a psychoactive compound known to produce a clean, stimulating cerebral high.

Research results show that it helps, for example, to regulate blood sugar levels and can therefore be used as a carrier in the treatment of diabetes. It is also useful in the treatment of anxiety disorders and can improve motor control or reduce tremors in Alzheimer’s patients.

Surprisingly, THCV also works as an appetite suppressant, which has led some experts to propose it as a weight-loss medicine. Finally, THCV has also been shown to stimulate bone growth and, therefore, help treat osteoporosis and other bone-related conditions.

CBDV, or cannabidivarin, is also a non-psychoactive cannabinoid. Like THCV, it is found in higher concentrations in the strains of indica cannabis that grow wild in India and Nepal.

In contrast to THC and CBD, CBDV receives relatively little attention. It could be shown to have obvious anticonvulsant effects. An article published in the September issue of the UK Journal of Pharmacology reports that CBDV was highly effective in suppressing seizures in six different experimental models commonly used in the treatment of epilepsy.

CBG, or cannabigerol, is another compound that has no psychoactive effect, even at high doses. It is a non-acidic form of CBGA, the first cannabinoid produced in the plant during growth.

Scientists first discovered it in 1964. Like many other cannabinoids, CBG has promising medicinal potential. In January 2015, researchers from the Department of Biochemistry and Molecular Biology at the University of Madrid discovered that the use of CBG may be beneficial in the treatment of neurodegenerative diseases such as Huntington’s disease.

Unfortunately, modern strains (with concentrations of about 1% or less) also contain only traces of CBG. However, further research into cannabis and its various compounds could change this.

At the bottom of our list of the most important cannabinoids of the cannabis plant is CBC, or cannabichromene. Although we are dealing with another cannabinoid that CBD and THC mostly overshadow, it is still a relatively well-documented compound.

CBD is the second most common compound found in concentrated cannabis after THC. Like CBD and THC, CBC has been shown to be anti-inflammatory. It may also be beneficial in the treatment of pain associated with a wide variety of medical conditions.

Like CBD and THC, CBC has been shown to have anti-depressant effects. Studies have also shown that it has different antiviral and antifungal properties.

However, what really puts this cannabinoid above other cannabis compounds is its ability to promote neurogenesis (the growth and development of nerve tissue in the brain).

Mr. BC Seeds
Mr. BC Seeds is an over educated old school hippy who has been involved in the cannabis industry since the 1970's. He is one of the most experienced marijuana breeders in Canada if not the entire world. He was the first to use the most advanced breeding techniques in 2008 to create 42 of the world's strongest cannabis strains. He has been writing in-depth articles about cannabis in Canada for decades and looks forward to continue bringing you cutting edge cannabis strains for the decades to come. Mr. BC Seeds uses a "pen name" because he still travels the world collecting cannabis strains and continues researching cannabis in laboratories of non-legalized countries.
Posted in General
Why does cannabis affect its users differently?
Facts about CBD you probably didn’t know