What is the difference between male and female cannabis?
The 6 main cannabinoids of the cannabis plant

Why does cannabis affect its users differently? 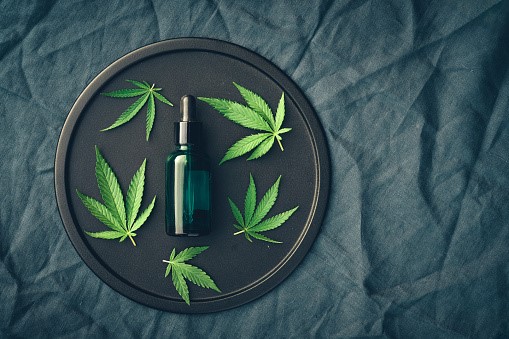 Imagine this scenario: You are smoking with four friends by the campfire on the beach. The big joint is rolled up and lit. You take two large puffs and pass them on to the next person in the group. Then the spliff finally makes its rounds and everyone is quite intoxicated at that moment. But you realise that while you’re doing well, the rest of your crew is looking into space, laughing or going crazy. You then ask yourself: “Do I smoke too much? Or are the others simply unable to cope with their state of euphoria?

Obviously it’s not just a question of whether someone is a veteran or a novice, and science certainly has a lot to say about that too. But don’t worry, dear reader: by the time you have read this article through to the end, you should have found the answer to your question as to why cannabis affects people differently.

HOW DOES CANNABIS AFFECT THE BODY AND MIND?

To answer this question, let us first take a closer look at the endocannabinoid system. Every living, breathing person has such a receptor system, which is distributed throughout the entire nervous system. These receptors interact with cannabinoids such as THC and CBD, which bind to them.

There are two main receptors within the emotion control system: CB1 and CB2. The main role of CB1 receptors is to control the modulation of the brain’s reward centres. With regard to cannabis consumption, CB1 also has a direct impact on the transmission of dopamine, which explains the euphoric effect we feel after smoking.

CB2 receptors, for their part, are mainly involved in immune and inflammatory responses. Once activated, CB2 helps the body to reach a more relaxed state without causing damage. In short, CB1 receptors are concerned with brain function, while CB2 receptors are more related to the immune system and physical responses.

WHY DOES CANNABIS AFFECT PEOPLE DIFFERENTLY?

As far as cannabis is concerned, it could not be more aptly expressed than with the saying “Every animal has its little bit”. Some people enjoy their first experience with weeds so much that they want more, while others have nothing good to say about their experience.

WHAT MAKES A CANNABIS “HIGH” A POSITIVE OR NEGATIVE EXPERIENCE?

While genetics play a role in the overall experience of smoking cannabis, two other important factors need to be taken into account: the user’s state of mind and their environment (i.e. their surroundings). Your current mood and perception, as well as the amount of THC you consume, will certainly determine whether you have a positive or negative experience.

The type of tension also plays a role. In addition to THC, CBD and other cannabinoids, aromatic terpenes are also thought to alter the character of the high, which is why some strains affect you differently than others. Some can give you the perfect high, while others can be too overpowering. To get to know yourself better in this respect, you should monitor your consumption and note how you react to certain strains. This should give you a better understanding of when it’s time to take another shot.

WHY DO PEOPLE REACT DIFFERENTLY TO CANNABIS?

Let’s dig a little deeper. In a moment we will present some individual factors that affect a person’s interaction with cannabis, followed by some general factors that are independent of the person. And because we are all wired differently, these factors also vary from person to person.

CAN YOU INFLUENCE THE EFFECTS OF CANNABIS?

It is quite possible. If you feel that your cannabis high is getting a bit too monotonous, here are some things you can do to make things more interesting again:

With our discussion about how cannabis affects people and why it affects them differently, and our tips on making your experience more enjoyable, we hope that your next smoking session will put you and your friends in the positive mood you want without any inconvenience.

Mr. BC Seeds
Mr. BC Seeds is an over educated old school hippy who has been involved in the cannabis industry since the 1970's. He is one of the most experienced marijuana breeders in Canada if not the entire world. He was the first to use the most advanced breeding techniques in 2008 to create 42 of the world's strongest cannabis strains. He has been writing in-depth articles about cannabis in Canada for decades and looks forward to continue bringing you cutting edge cannabis strains for the decades to come. Mr. BC Seeds uses a "pen name" because he still travels the world collecting cannabis strains and continues researching cannabis in laboratories of non-legalized countries.
Posted in General
What is the difference between male and female cannabis?
The 6 main cannabinoids of the cannabis plant