CAN CBD OIL MAKE YOU A BETTER ATHLETE?
What is the difference between male and female cannabis? 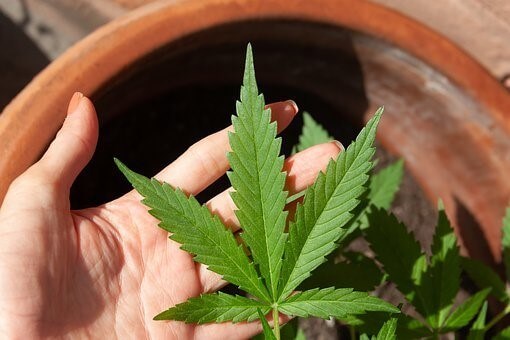 Most people think that THC was discovered in 1964 by Raphael Mechoulam at the Hebrew University of Israel. This is not a problem either; after all, this claim is found in most books on the subject of cannabis. In fact, the American chemist Roger Adams first isolated THC in the 1940s.

ROGER ADAMS, THE FIRST TO ISOLATE THC FROM CANNABIS

In 1930, Harry J. Anslinger (former chairman of the US Prohibition Authority) was appointed head of federal drug control. Seven years later, cannabis was officially made illegal by the 1937 Marihuana Tax Act.

As part of the decision to criminalise cannabis, Anslinger carried out research that should contribute to a better understanding of the plant. One of the research’s main objectives was to identify and study the chemical compounds responsible for the “mind-altering” and “harmful” effects. The chemist Siegfried Loewe, employed by the authority, was entrusted with this task.

Loewe eventually handed over the task to his friend Roger Adams. During the 1940s, Adams conducted around 20 different experiments with cannabis and hemp. In these early experiments, Adams succeeded in isolating THC and identifying the compound as the main psychoactive ingredient in cannabis. He also isolated other cannabinoids (including CBN and CBD) and even developed a system to measure the potency of THC (the system was aptly named the Adam’s Scale). This scale is still used by scientists today.

WHAT HAPPENED TO THE RESULTS OF THE ADAMS SCALE?

In the 1940s, the mayor of New York, Fiorello H. La Guardia, commissioned a report on cannabis. La Guardia openly opposed the prohibition of cannabis. This report, often referred to as the ‘La Guardia report’, claimed that cannabis use was harmless. It was directed against Anslinger and its “Reefer Madness” campaign. The report naturally upset Anslinger, who refused it and denied it any scientific relevance. However, if you read the report, you come across a sentence thanking Roger Adams for providing some of the cannabis extracts used.

Some research suggests that the US government continued its own secret cannabis research during the 1950s and 1960s. Some of these reports accuse the Bureau of Strategic Services of testing psychoactive agents (including THC, mescaline and others) on prisoners of war. Prisoners must be brought into compliance and disclose information from their employers. Do you remember the opening scene of Pineapple Express?

According to some sources, the commissioners of these experiments compared the effects of cannabis with those of alcohol, with small amounts causing a feeling of euphoria, while users of higher doses became increasingly lethargic.

WHAT ABOUT THE REVOLUTIONARY RESULTS OF THE RESEARCH ON MECHULAM IN THE 1960S?

We in no way wish to downplay the results of melchoulam. It is rightly regarded as one of the world’s leading cannabis researchers. Mechoulam’s research has enabled us to uncover many “secrets” around cannabis. Despite this, it seems that his discoveries have brought nothing new to the US government.

Mr. BC Seeds
Mr. BC Seeds is an over educated old school hippy who has been involved in the cannabis industry since the 1970's. He is one of the most experienced marijuana breeders in Canada if not the entire world. He was the first to use the most advanced breeding techniques in 2008 to create 42 of the world's strongest cannabis strains. He has been writing in-depth articles about cannabis in Canada for decades and looks forward to continue bringing you cutting edge cannabis strains for the decades to come. Mr. BC Seeds uses a "pen name" because he still travels the world collecting cannabis strains and continues researching cannabis in laboratories of non-legalized countries.
Posted in General
CAN CBD OIL MAKE YOU A BETTER ATHLETE?
What is the difference between male and female cannabis?