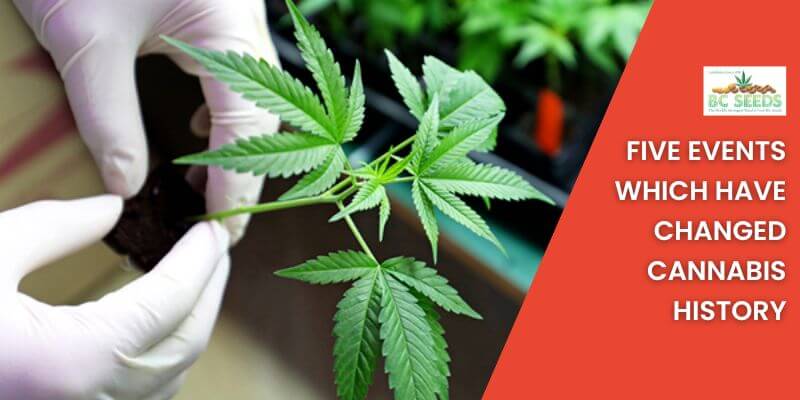 In modern society, few illegal products are as ubiquitous as marijuana. Whether legal or not, this herb has found its way into all spheres of society, regardless of the reason for its use. The starting point of our Cannabis history thread is the 1961 United Nations Single Convention on Narcotic Drugs, which made Cannabis effectively illegal worldwide.

The revision of the Dutch Opium Act, 1976

In 1976 a change in the law paved the way for the tolerance of hashish and weed in the Netherlands, which set the stage for the development of the current cannabis industry. The 1976 revision amended the original Opium Act (1919) and created two distinct categories: ‘hard’ and ‘soft’ drugs, based on a ‘risk scale’ that took into account data on medical, pharmacological, sociological and psychological factors.

From this point on, coffee shops became a safe haven for cannabis users to buy and consume it on the premises. Initially, most of the cannabis consumed was hashish imported from Morocco, Pakistan or Lebanon. But during the 1980s, good quality locally produced cannabis became more widely available in coffees. 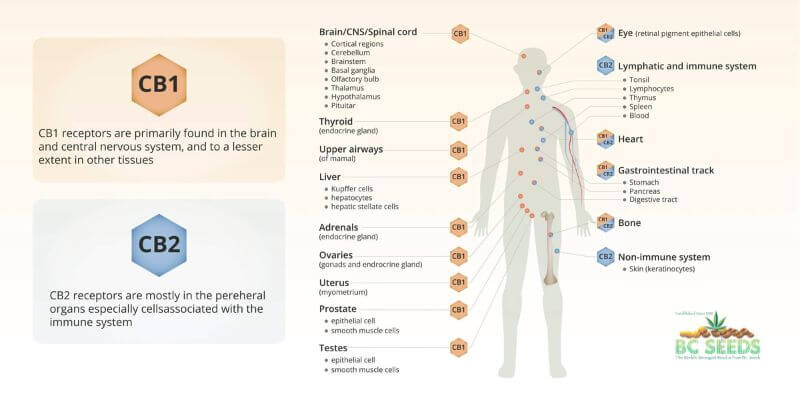 This discovery provided the starting point for the research and development of medical Cannabis as we know it today. Science has demonstrated the existence of receptors in the human brain that respond to components found in Cannabis (such as THC and CBD). It was in 1992 that the pieces of the puzzle were put together by the work of Dr. Lumir Hanus and Dr. William Devane of the Hebrew University of Jerusalem.

While studying endocannabinoids, they came across the existence of a molecular signaling system in the body. This system is responsible for regulating a myriad of biological functions whose purpose is to maintain the balance and stability of the body against external environmental fluctuations. It was named the endocannabinoid system (ECS).

This iconic change in U.S. Golden State law would not have been possible without Proposition 215. Also known as the Compassionate Act of 1996, P215 legalized the possession and cultivation of cannabis for patients with a prescription from their doctor. It is the result of a broad campaign by medical cannabis advocates who, at the time, were motivated by the therapeutic benefits of cannabis to relieve the symptoms of AIDS.

This landmark event makes the list in part because the President who signed the Recreational Cannabis Law was a real guy! Jose Mujica is a former guerrilla and a farmer. He is one of the most humble politicians to run a government in recent times, the simplicity of his country home and the old car he drives attest to that! His reasoning was that by legalizing cannabis, the country would deprive the drug cartels of their oxygen. It was a bold gamble, as legalizing Cannabis is a violation of the 1961 UN Convention and therefore risked sanctions from other member states.

His bold move set an example and opened the door for other countries to legalize and gave the Southern Hemisphere its cannabis champion. One such country is South America’s neighbor, Chile. 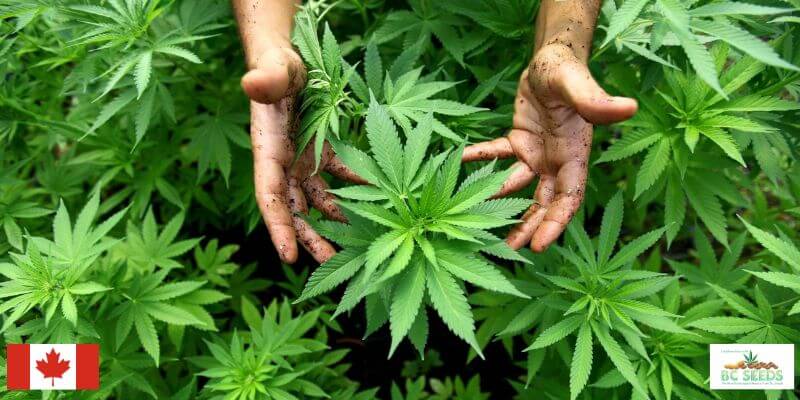 With recreational Cannabis legalized in 15 states (plus the District of Columbia) and medical Cannabis legal in 35 states, indeed, the US is bigger. But at the Federal level weed remains illegal. The legalization decreed by Canada in 2018 is therefore more important because it is a national policy. As a G7 member nation, this legalization experience can also provide a working model that other democracies would be tempted to emulate. Especially since, despite initial problems, this Canadian decision shows some significant success.

For a change to be effective, it requires a series of events to take place. Therefore, we have seen in this article 5 events that have changed the history of cannabis in the world: Historic decision for Cannabis: The revision of the Dutch Opium Act, 1976; Scientific discovery about Cannabis: The Human Endocannabinoid System, 1992; Victory for Medical Cannabis: Proposition 215, 1996; Moment of history: Uruguay legalizes Cannabis, 2013; Decisive political change: Canada legalizes Cannabis, 2018.

Mr. BC Seeds
Mr. BC Seeds is an over educated old school hippy who has been involved in the cannabis industry since the 1970's. He is one of the most experienced marijuana breeders in Canada if not the entire world. He was the first to use the most advanced breeding techniques in 2008 to create 42 of the world's strongest cannabis strains. He has been writing in-depth articles about cannabis in Canada for decades and looks forward to continue bringing you cutting edge cannabis strains for the decades to come. Mr. BC Seeds uses a "pen name" because he still travels the world collecting cannabis strains and continues researching cannabis in laboratories of non-legalized countries.
Posted in Cannabis and tagged Cannabis
The Top Benefit Of Consuming AK-47 Cannabis Seed
10 Health Benefits of Cannabis Seeds