Best Practices in Marijuana Storage
How to Roll a Firm Joint 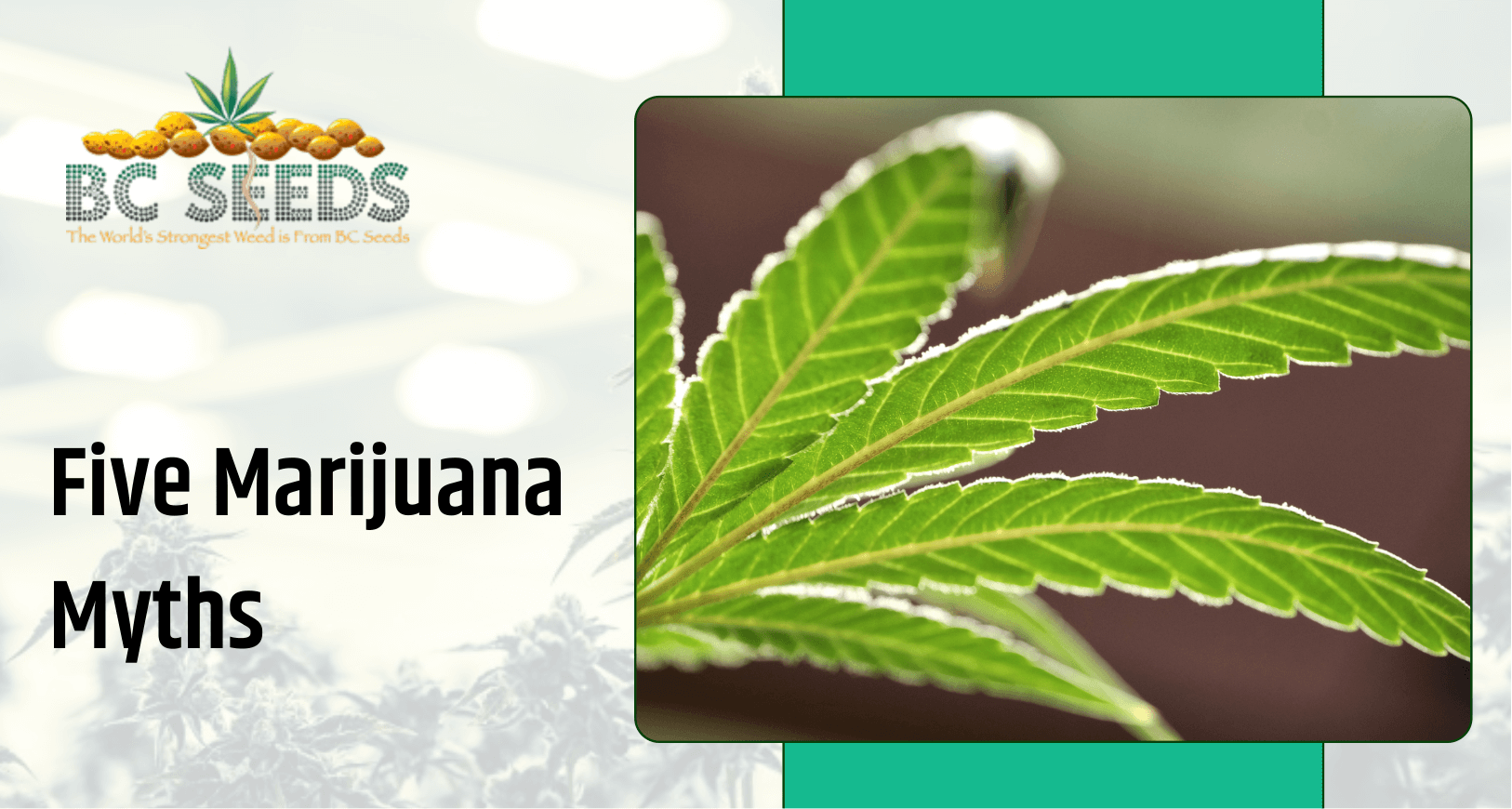 As the marijuana industry burgeons, so are associated myths and misconceptions. Many are not sure what’s real and what’s not. Most claims are mere assumptions based on personal experiences or what they were told.

This blog post will clear up five common myths that you may have heard about over the years.

Myth 1: Cannabis is worse for your health than cigarettes

Although cigarettes and pot may have a few similar effects, a study revealed that marijuana smoke has less harmful chemicals than cigarettes.

Besides, weed smokers typically smoke far less than their cigarette counterparts. For instance, while a weed smoker may take one or two joints a day, some cigarette smokers can burn a pack in 24 hours.

Myth 2: Marijuana is a gateway drug

Here’s one of the oldest myths and a common argument among anti-cannabis proponents. There is no evidence that weed usage can lead to subsequent use of other drugs.

The origin of this claim isn’t entirely clear, but what is clear is that weed has been shown to help people cut off from addictions to more dangerous drugs.

Reports have dispelled this common cannabis myth and its damage to the brain. Studies have shown that weed may affect short-term memory, but using weed may not alter already-existing memories or cause long-term memory loss.

In fact, cannabis has shown some neuroprotective tendencies and is thought to support neural activities, not damage them as alcohol does.

Myth4: Smoking and eating cannabis give the same effects

The ‘high’ associated with marijuana usage comes from the conversion of THCA into THC through the process of decarboxylation – a more technical term for heating.

So while you can throw in some dried herbs into your food or drink, inhalation (which involves heating) delivers far higher potency. If you desire a higher effect from your weed in food, you may have to heat it up before infusing it into your meal or purchase a pre-decarboxylated product like cannabis oils.

Myth 5: Smoking is the only way to consume cannabis

When cannabis is mentioned, most times, our mind quickly drifts to someone hitting a pipe or bong or perhaps smoking a joint.

Thankfully, legal cannabis has inspired creativity in the cannabis industry, leading to different cannabis consumption alternatives on the market.

Unlike in the past when users were restricted to vaporizing and smoking, the forms are many currently. They range from cannabis oils in droppers to capsules, creams, and lotions.

We hope this blog post has helped you understand the myths and misinformation around marijuana use to make informed decisions for yourself or your loved ones. If you’re still unsure of where to go from here, feel free to check out our resource section on CBD oil and the healthiest way to consume cannabis.

Mr. BC Seeds
Mr. BC Seeds is an over educated old school hippy who has been involved in the cannabis industry since the 1970's. He is one of the most experienced marijuana breeders in Canada if not the entire world. He was the first to use the most advanced breeding techniques in 2008 to create 42 of the world's strongest cannabis strains. He has been writing in-depth articles about cannabis in Canada for decades and looks forward to continue bringing you cutting edge cannabis strains for the decades to come. Mr. BC Seeds uses a "pen name" because he still travels the world collecting cannabis strains and continues researching cannabis in laboratories of non-legalized countries.
Posted in General
Best Practices in Marijuana Storage
How to Roll a Firm Joint