How cannabis interacts with antidepressants?

Cannabis and antidepressants both promote happy brain chemicals and even create new brain cells. However, taking both drugs at the same time can lead to potentially dangerous interactions. Some antidepressants should not be mixed with cannabis, while others are much more compatible. Find out more below.

Cannabis and mental health are controversial and sometimes paradoxical. Some cannabis smokers use weed to set their mood, and some even use weed to get out of bed in the morning. For others, cannabis causes paranoia and other mood disorders. There are conflicting views on cannabis and depression in public health. Some practitioners believe that cannabis can help alleviate some symptoms, while others believe that excessive cannabis use leads to symptoms of depression and interacts dangerously with regular drugs for this condition. 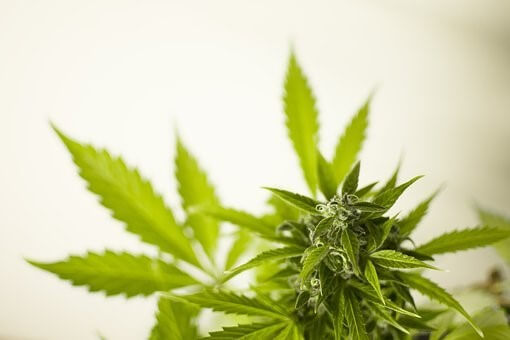 Cannabis affects everyone differently, especially when it comes to mental health. Most people who are familiar with this herb’s effects will testify that it is reliable in improving mood. A few hits in the joint can boost dopamine levels, reduce nervousness and benefit the body.

These effects have helped many people around the world cope with certain mental health issues. However, studies have linked cannabis to the adverse impacts on mental health. Although no studies indicate a direct link between cannabis and depression, surveys report high levels of depression among cannabis smokers compared to non-smokers. Cannabis can also cause deeper psychological problems in some people. The psychotropic effect of weed can cause symptoms of schizophrenia and psychosis – severe mental disorders – in people prone to such disorders.

Surprisingly, over 260 million people worldwide suffer from depression and millions take antidepressants to manage their symptoms. However, people with depression are more likely to smoke cannabis. Both weed and antidepressants cause profound short- and long-term changes in the brain and often react with each other. Before delving into the safety of this combination, let’s explore the unique effects of both drugs.

How does cannabis affect the body?

Cannabis interacts with several important physiological systems. As the name suggests, cannabinoids primarily target the endocannabinoid system (ECS). The ECS plays a fundamental role in regulating many other systems, helping the body maintain biological balance, also known as homeostasis. The ECS consists of three main components: receptors that signal molecules (endocannabinoids) and enzymes that create and break down these molecules. Interestingly, cannabinoids such as THC have a similar molecular structure to endocannabinoids which allows them to bind to the same receptors.

After a joint or bong is drawn in, THC spreads through the alveoli, enters the bloodstream and eventually reaches the brain. There, the molecule binds to CB1 receptors in the endocannabinoid system, producing its psychotropic effect, a high. This binding also increases dopamine levels and neuronal activity in the brain. Dopamine also plays a role in the brain’s reward system and makes us feel happy or behave in a certain way after consuming a certain substance.

How do antidepressants affect the body?

Antidepressants ultimately aim to improve symptoms of depression by altering brain chemistry. While depression has more than one cause, changes in neurochemistry as a result of addiction, emotional life events, or genetic factors could lead to hopelessness, depressed mood, and low self-esteem.

Antidepressants help regulate neurological activity by interacting with systems in the brain that control mood. Some of these chemicals work to increase and lengthen brain chemicals like serotonin in the synaptic space. Research also suggests that antidepressants (similar to cannabis) improve symptoms of depression by improving neurogenesis rates in the depressed brain.

Mr. BC Seeds
Mr. BC Seeds is an over educated old school hippy who has been involved in the cannabis industry since the 1970's. He is one of the most experienced marijuana breeders in Canada if not the entire world. He was the first to use the most advanced breeding techniques in 2008 to create 42 of the world's strongest cannabis strains. He has been writing in-depth articles about cannabis in Canada for decades and looks forward to continue bringing you cutting edge cannabis strains for the decades to come. Mr. BC Seeds uses a "pen name" because he still travels the world collecting cannabis strains and continues researching cannabis in laboratories of non-legalized countries.
Posted in General
This is how cannabis enters the body – Bioavailability
TREATING MULTIPLE SCLEROSIS WITH MEDICAL CANNABIS