What Resources Do You Need For Growing Marijuana at Home?
4 Tips To Save Water While Growing Indoor Cannabis

How Does Cannabidiol Curb Drug and Alcohol Addiction? 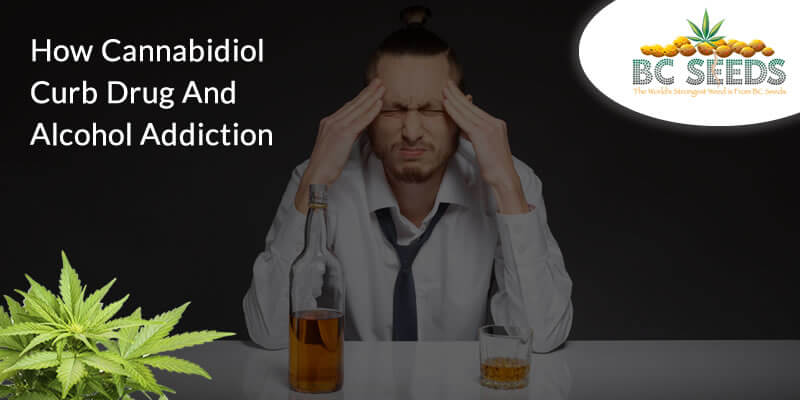 So on and so forth…. There are so many such studies and researches which clearly shows how people especially kids ages 12 and older are getting indulged into drug and alcohol addiction and spoiling their future completely. This is high-time for that matter.

Well, research are still on to find alternative therapies to combat addiction to synthetic opioids, drugs like tobacco and cocaine, and alcohol. There are so many pharmaceutical drugs available, and are effective in treating addiction to some extent. So far, Cannabidiol (CBD) a natural and non-psychoactive extract from the cannabis plant has a strong healing potential.

How does CBD curb drug and alcohol addiction?

CBD has analgesic and anxiolytic properties, which means it is able to reduce pain, anxiety, and other symptoms associated with drug addiction. CBD can reduce or mitigate the brain’s response to addiction triggers such as anxiety, pain, and stress that too without creating the artificial high associated with opioids. CBD’s analgesic properties synergize with opioids and “act as opioid sparing agents,” which ultimately reduce the pain and pain symptoms, and also helps to reduce opioid doses.

Smoke –free CBD has healing properties along with the potential to intervene addictive disorders. Addictive behaviors can be classified in three distinct phases:

CBD treatments during all three stages include:

Research shows that CBD reduces the positive “rewarding effects” which comes due to opioid addiction during the intoxication phase.

According to a study, CBD is effective in treating opioid relapse phase. It effectively reduces relapse provoked by anxiety, stress, and drug cues. Treatment with CBD not only reduces anxiety and improves impulsiveness, but also provides long-lasting effects alongwith benefitting the addict across several vulnerability states.

Mr. BC Seeds
Mr. BC Seeds is an over educated old school hippy who has been involved in the cannabis industry since the 1970's. He is one of the most experienced marijuana breeders in Canada if not the entire world. He was the first to use the most advanced breeding techniques in 2008 to create 42 of the world's strongest cannabis strains. He has been writing in-depth articles about cannabis in Canada for decades and looks forward to continue bringing you cutting edge cannabis strains for the decades to come. Mr. BC Seeds uses a "pen name" because he still travels the world collecting cannabis strains and continues researching cannabis in laboratories of non-legalized countries.
Posted in General and tagged Buy medical marijuana online
What Resources Do You Need For Growing Marijuana at Home?
4 Tips To Save Water While Growing Indoor Cannabis