Weed vs. Alcohol – which is safer? 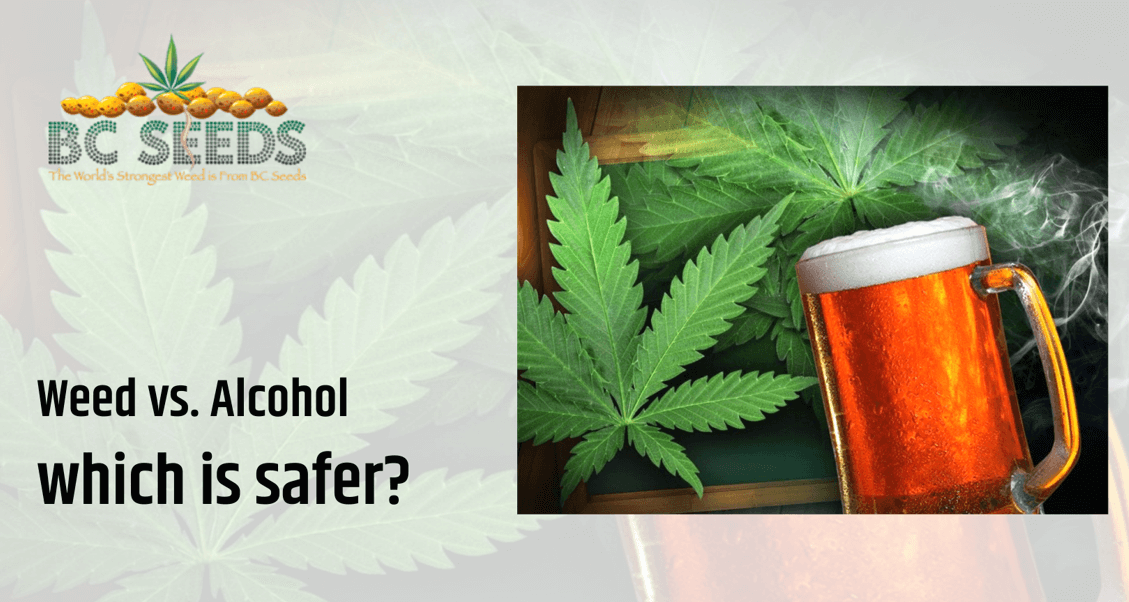 A topic that has been hotly debated for decades is whether or not weed is safer than alcohol. Some people say weed is safer; others think otherwise.

This blog post objectively analyzes the science and data to figure out which one really is safer.

Before we delve into the comparison, note that alcohol has far more research than weed.

Typically, the effects may vary from person to person based on individual tolerance level, body weight, age, and the like.

That said, here are some points for comparison:

The short-term effects of alcohol and weed differ across users.

Most commonly reported include:

Excessive or regular use of alcohol can leave users with long term results, including

Although weed has relatively little research, the evidence of long-term effects is few compared to alcohol.

Here are the long term effects of weed

Alcohol use disorder is a problem with over 15 million Americans.

Associated concerns with alcohol misuse can include:

Addiction is common with weed, but withdrawal symptoms may not be as severe as with alcohol.

Many different claims surround the use of weed, but some researchers believe that it may be safer than alcohol. One study found that people who used marijuana daily were less likely to engage in risky behaviors like unprotected sex or binge drinking than those who regularly consume alcohol.

More research is needed to substantiate these claims.

Still, one thing is sure – CBD oil can have significant therapeutic effects without getting you high! If you’re interested in exploring how CBD [specifically] can help your health, contact us for professional advice and recommendations.

Mr. BC Seeds
Mr. BC Seeds is an over educated old school hippy who has been involved in the cannabis industry since the 1970's. He is one of the most experienced marijuana breeders in Canada if not the entire world. He was the first to use the most advanced breeding techniques in 2008 to create 42 of the world's strongest cannabis strains. He has been writing in-depth articles about cannabis in Canada for decades and looks forward to continue bringing you cutting edge cannabis strains for the decades to come. Mr. BC Seeds uses a "pen name" because he still travels the world collecting cannabis strains and continues researching cannabis in laboratories of non-legalized countries.
Posted in General
How to Roll a Firm Joint
A Brief Look into Psychedelic Movies