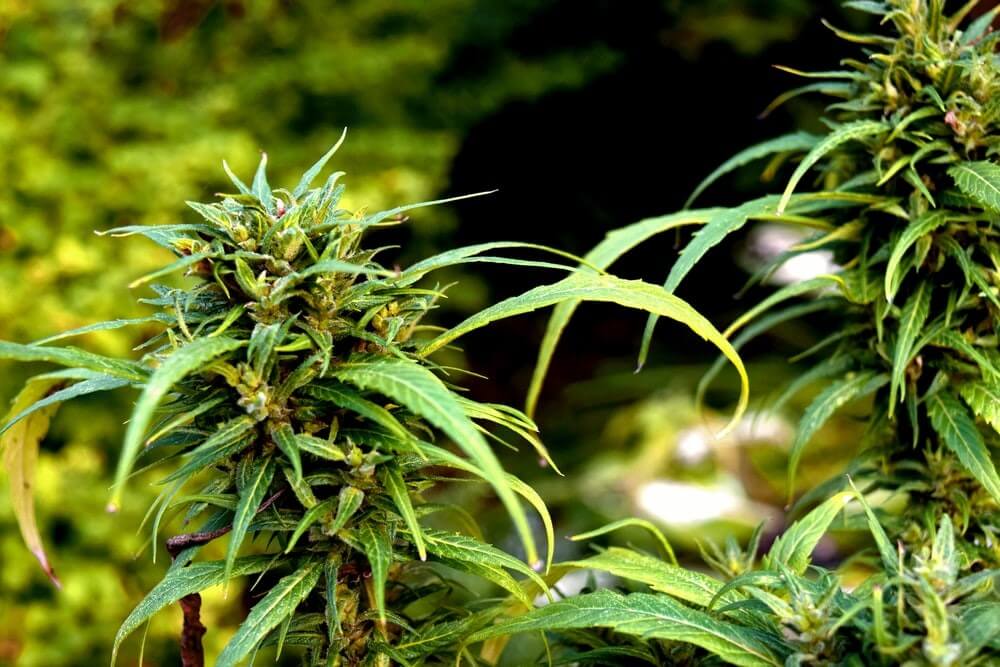 The cannabis plant contains many secrets, such as the ‘entourage effect’. It is largely unexplored due to decades of prohibition and fear campaigns. This is also the reason why many people are afraid just by hearing the name cannabis. The plant itself has the familiar leaves, the shape of which is a symbol in itself. If you look closely, you will notice that these green leaves seem to sparkle when the sun falls on them at a right angle. But what exactly does cannabis have to do with an entourage effect?

Each leaf of the cannabis plant is covered with trichomes and tiny little hairs. The trichome crystals that give the plant that shimmering aura. These trichomes are the driving force behind this plant. They contain about 100 different compounds called cannabinoids. They also have terpenes which give an amazing flavour.

The two most famous cannabinoids are tetrahydrocannabinol (THC) and cannabidiol (CBD). Although several other cannabinoids are now relatively well known, they do not approach the popularity of the two mentioned above. Although these compounds have been the most studied and best understood, they are not the only ones present in the plant. You will probably be surprised to learn that other compounds in the plant also have important effects on the human body.

This is where the ‘entourage effect’ comes into play. You may have heard this term before, but in case you haven’t, this article will tell you exactly what it is and why it is so important.

The “entourage effect” refers to the synergistic properties of cannabinoids. The cannabinoids and terpenes in the plant all work together to produce the effects that cannabis has on the body, including those for which it is so widely known.

Interestingly, the “entourage effect” is thought to be responsible for reducing the effects of THC. In places where marijuana is legal for recreational use, people use the plant recreationally to experience its psychoactive effects. However, if THC was taken in isolation, the “high” would probably be too intense to be tolerated or enjoyed. In a study conducted by Dalton et al, it was found that CBD counteracts the “high” caused by THC, essentially diminishing its psychoactive properties.

Basically, the components of cannabis are not nearly as effective when taken alone as when used in combination. Therefore, it is a team effort, which is why the term “entourage” is so appropriate for this phenomenon.

What is an applicable example of the “entourage effect”?

In most countries, medical cannabis is now legal. CBD oil, which comes from hemp – not marijuana – can be sold as a food supplement. Anything containing THC is illegal unless prescribed by a doctor. For example, there is also a drug derived from cannabis which contains both THC and CBD and which is available on prescription in most countries: Sativex. Don’t get excited, because Sativex is only available in special circumstances, such as severe epilepsy. Otherwise it is completely illegal.

Proof of the “entourage effect

It’s very easy to make claims about things that have not been studied, because there’s not much research to support the contrary. Cannabis as a whole is under-researched, which will hopefully change in the near future. However, the “entourage effect” is another niche where research has not really gone far. However, there is sufficient scientific evidence to support the existence of the “knock-on effect”.

Where cannabis is legal, there is anecdotal evidence that full-spectrum products are more potent than isolated compounds (such as the CBD isolate). Anecdotal evidence is never hard evidence, of course, but there is scientific research on the subject.

In 1981, a study was published which first confirmed the existence of the “entourage effect”. Researchers Fairbairn and Pickens discovered that whole plant extracts produced 330% more activity than THC. The hypothesis was that the cannabis plant could have “inhibitory” and “synergistic” compounds that work together to produce the effect.

Another study, carried out in 2013, looked at patients who had used marijuana-based medicines or marijuana for medical purposes. Many cannabis-based medicines are now available in some areas, which means that doctors can prescribe more than Sativex. For example, another drug is Marinol, which uses a synthetic form of THC and is therefore not obtained from the plant. In other words, this drug does not contain any other cannabinoids or terpenes from the plant.

The survey questioned 953 people about their use. An astonishing 98% said they prefer medical marijuana to drugs such as Marinol. Basically, people prefer whole plant methods to synthetic compounds because they suppress the “entourage effect”.

Why is the “entourage effect” useful?

In most countries, people are beginning to understand how the CBD can help promote well-being. As the CBD seems to interact with the body’s endocannabinoid system to maintain homeostasis and give the body an extra boost, it offers great potential for good health.

However, you need not worry! CBD and THC are not the only cannabis compounds. There are many other compounds that aren’t as well known as THC. In addition, hundreds of terpenes are also involved in the “entourage effect”. It is thought that terpenes give the plant its taste and smell and affect the way cannabinoids bind to the appropriate receptors in the body. This means that terpenes are just as important as cannabinoids.

In short, it is much better to use a broad-spectrum extract or even a full spectrum extract (if it comes from industrial hemp) to get the most out of the effects of the CBD. Many manufacturers in most countries sell these CBD products claiming that they contain whole plant extracts in order to absorb as many cannabinoids and terpenes as possible.

What to look for in the “entourage effect”

We hope that you now have a better understanding of what the “entourage effect” is and how it works.

As we have briefly mentioned, it is currently quite difficult to present a concrete clinical argument to prove that the “entourage effect” exists, and it goes without saying that further research is absolutely necessary. But anecdotal evidence and the few trials which have taken place so far seem to show that there is indeed an effect.

When buying CBD products, always check the label to ensure that you are buying whole plant products!

Mr. BC Seeds
Mr. BC Seeds is an over educated old school hippy who has been involved in the cannabis industry since the 1970's. He is one of the most experienced marijuana breeders in Canada if not the entire world. He was the first to use the most advanced breeding techniques in 2008 to create 42 of the world's strongest cannabis strains. He has been writing in-depth articles about cannabis in Canada for decades and looks forward to continue bringing you cutting edge cannabis strains for the decades to come. Mr. BC Seeds uses a "pen name" because he still travels the world collecting cannabis strains and continues researching cannabis in laboratories of non-legalized countries.
Posted in General
7 tips if you get too high/stoned
CBD OIL AND DIABETES