Psychedelic Companies: Everything You Need to Know About Investing
Psychedelic Legalization in Canada 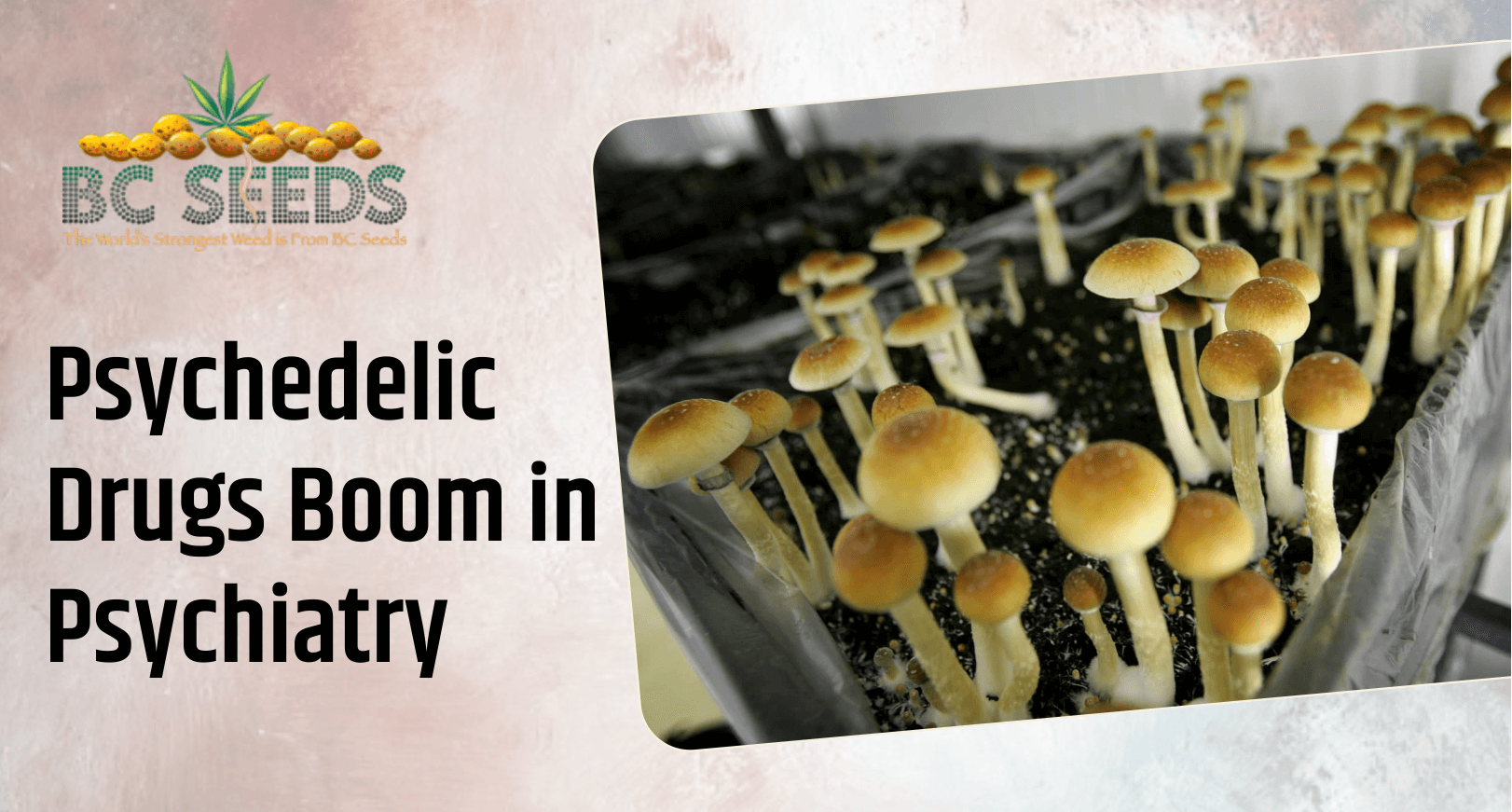 There has been a massive interest in psychedelics drugs for mental and psychological illnesses. Investment in research on these drugs is beginning to boom.

Humanity’s connection to psychedelics for medicinal and recreational use dates back to thousands of years. Western medicine only modified its potential to support psychotherapy in the 1960s, particularly psilocybin and LSD, which are the active ingredients in magic mushrooms.

But the rise of the hippy counterculture saw psilocybin becoming a popular drug for recreational use. This led them to become politicized and stigmatized in the 1970s.

In fact, they were declared Schedule 1 drugs in the US. This means they were categorized as substances not accepted for medical use and with high abuse potential. And as a result, any promising research into their clinical uses became suspended.

In March 2019, a nasal spray, Spravato, used for depression became approved by the FDA, and this may have helped open new doors for controversial drugs used recreationally but with therapeutic potential.

Now, several kinds of research and clinical trials looking into various psychedelic compounds and their link to intensive psychotherapy is underway.

The act of administering a mind-altering drug like psilocybin in combination with care from a trained therapist is gaining increasing recognition.

Many researches have been able to show that psychedelics have the potential to “reset the brain,” breaking long-entrenched cycles and thought patterns that are linked with addiction and depression.

Dr. Ishrat Husain, a psychiatrist and clinical scientist at the Centre for Addiction and Mental Health in Toronto, stated that he understands the great potential and hope around the use of psychedelics for mental illnesses, but more robust research is needed.

Nonetheless, Health Canada, in August last year, has granted several exemptions to the use of the Controlled Drugs and Substances Act to permit terminally ill patients to use psilocybin.

Tobin, who is the founder of TheraPsil – a Victoria-based advocacy group for patients, described psilocybin’s effect as “a loosening of emotional defenses.” Patients tend to let out anger, fear, grief, anxiety, and old resentments after taking psilocybin.

“As more research is conducted, I feel confident that we’re going to confirm the promises of psilocybin rather than discredit it,”- Tobin said.

Health Canada, in a statement to The Current, said it reviews all requests for exemption and would make a decision after considering the benefits and risks. Until there is sufficient evidence base, we will review each request for an exemption on a case-by-case basis.”

Dr. Wood, the chief medical officer with Numinus, a company licensed by Health Canada, said, “our existing mental health treatments have limitations, and adding psychedelic-assisted treatments could become another tool in the mental health-care system. This would provide a huge leg up for people looking to make changes that otherwise existing therapies may not be effective to manage.”

Mr. BC Seeds
Mr. BC Seeds is an over educated old school hippy who has been involved in the cannabis industry since the 1970's. He is one of the most experienced marijuana breeders in Canada if not the entire world. He was the first to use the most advanced breeding techniques in 2008 to create 42 of the world's strongest cannabis strains. He has been writing in-depth articles about cannabis in Canada for decades and looks forward to continue bringing you cutting edge cannabis strains for the decades to come. Mr. BC Seeds uses a "pen name" because he still travels the world collecting cannabis strains and continues researching cannabis in laboratories of non-legalized countries.
Posted in General
Psychedelic Companies: Everything You Need to Know About Investing
Psychedelic Legalization in Canada